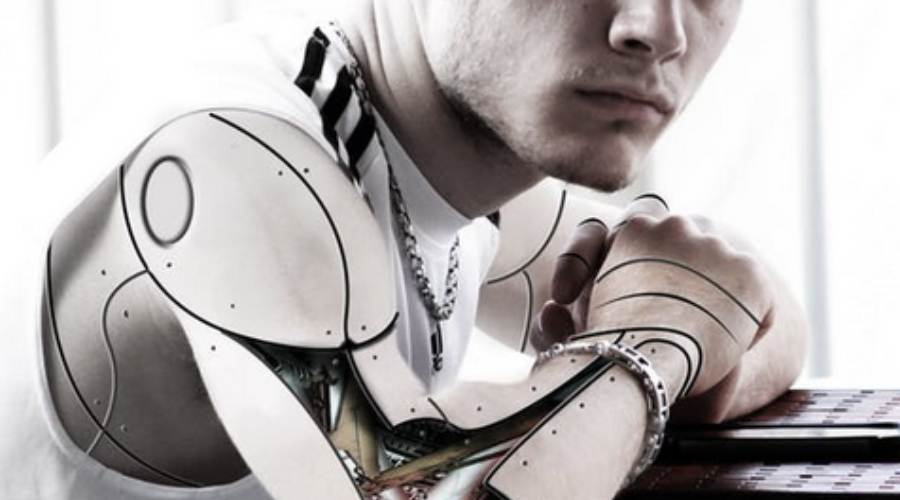 It’s tempting to see technology as a relatively new phenomenon – but really, innovation has occurred throughout history. It’s the reason we’ve been able to make huge leaps forward, driving our species and our world to greater levels of connectivity.

The commercial world has been a huge driver of this evolution. From the Industrial Revolution to the birth of the internet, technology has made businesses more capable of communicating with their customers, reaching new audiences and delivering products and services that exceed people’s expectations. The digital world has also brought about a huge change. With increasing access to measurable data, firms are also more agile, streamlined and efficient than ever before.

But digitalization is not just confined to business. Countless other fields – from sport to education – are also being transformed by tech. And it’s showing no signs of slowing down in these five key industries. 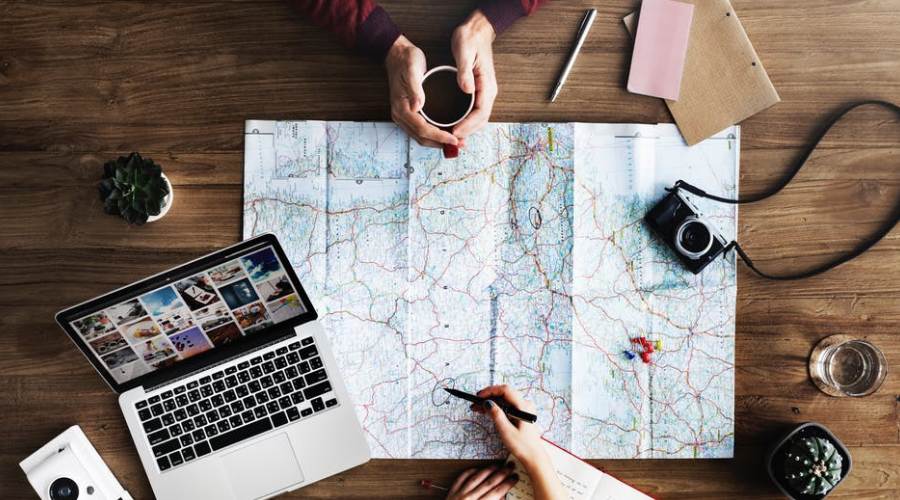 Up until the turn of the century, the task of planning a holiday started sitting opposite a travel agent – armed with a guidebook and word-of-mouth recommendations from friends and relatives. Now, search engines have made it easy to find the perfect holiday.

Even the most nomadic of travelers back then couldn’t have foreseen the convenience we enjoy today – with 80% of people booking their holidays online.

Now we take for granted the ability to book our own flights and hotels, search reviews for the best restaurants in town, and share our experiences and recommendations – all in just a few swipes and clicks of our smartphones.

Why has it changed so starkly? Partly because of the emergence of sites like Airbnb, which are changing the shape of travel by allowing individuals to rent out their homes and offer great value accommodation which is in direct competition to hotels. What’s more, the vast majority of travelers are influenced by online reviews to some extent.

The fact that year on year sales growth for travel booked online is running at around 15% tells its own story. Technology is enabling travel providers and agencies with the ability to deliver an increasingly convenient, relevant and personalized experience.

Video shops used to be a common sight of virtually every high street – but now they only exist in parts of the world that the internet can’t reach. And although DVD and Blu Ray sales still account for a considerable revenue each year – £894 million in 2016 – it’s the technology behind video streaming that’s transformed entertainment.

Netflix started out as an online DVD store, but it took the decision to focus on streaming entirely digital content a long time ago. It’s now a powerhouse content provider too, with hundreds of Netflix Originals broadcast across the world. With a reported annual production budget of over $12 billion it now outstrips all of the world’s major film and TV studios. Meanwhile, there’s just one Blockbuster remaining in the world.

A similar transformation has hit the music industry. While it once relied on CD sales to generate most of its profits, streaming services like Spotify and iTunes have taken over. Again, it’s giving fans more choice – offering them the chance to listen to song by song rather than buy whole albums. But while artists only receive fractions of a cent for each time their music is downloaded it still seems that ones with global appeal can do very well. For example, Ed Sheeran is estimated to have earned over $50 million from Spotify alone.

While vinyl sales are at an all-time high, the momentum is truly with digital music – now worth over $2.8bn. 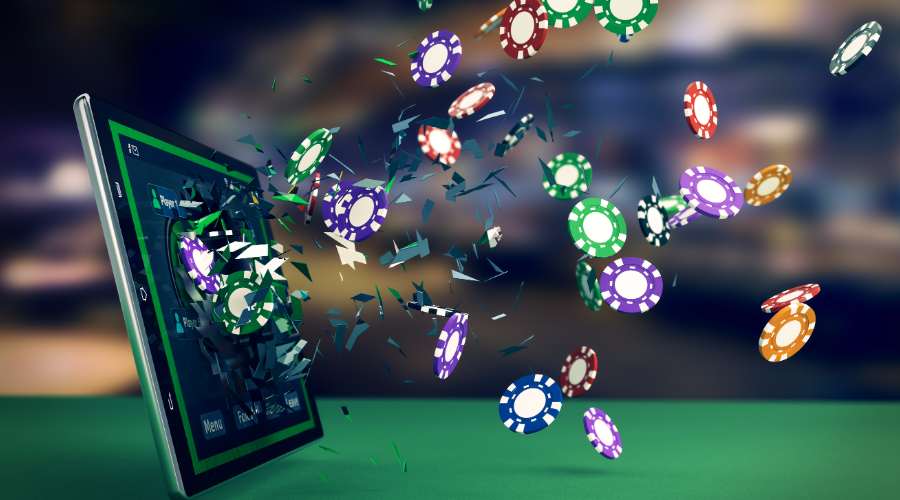 You no longer have to visit the likes of Vegas, or even your nearest city, to gamble. According to figures released by the Gambling Commission in 2017, remote gaming was the single largest sector for the second year running – accounting for 35% of the gross yield and almost £5 billion in revenue.

This is thanks to the ever-increasing popularity of online casinos driven, such as online slots,  in turn, by technology – and this makes playing on them more and more immersive and engaging than ever. Things have certainly come a long way since the primitive gameplay that characterized online gambling games in the late 1990s. They’re now much more in tune with what gamblers really want.

For example, while many of the old-style bingo halls stand empty, there are now thriving online communities who enjoy all the competitive and social aspects of bingo – as well as a great range of fun games – all from the comfort of their own homes. The community forums, high-quality gaming graphics and the sheer amount of choice available sets online bingo sites like this apart from the rest. And with the gradual emergence of virtual reality, even for mobile devices, gambling is destined to become an even more involving and entertaining experience. 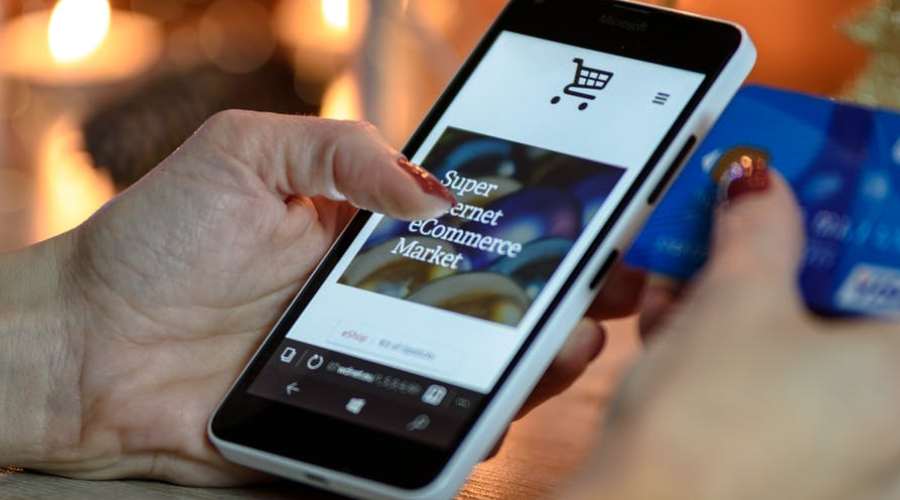 The last decade has been tough for bricks-and-mortar retailers. Not only did they have to survive a major global economic downturn, but they also had to contend with the rise of online shopping driven by consumers’ ever-increasing access to high-speed internet. Each year the proportion of people turning to online shopping has steadily grown. In 2014 online retail sales represented 5.9% of the overall spend. This year it’s projected to be 8.8%.

Unsurprisingly, this has brought about the downfall of a number of big names, such as Toys R Us and Woolworths, but has also opened up opportunities for many more – like Ocado. Far-sighted retailers have developed online offerings to complement (rather than compete) with their high street stores through click-and-collect delivery options among other multi-channel solutions.

Ironically, Amazon – who many people would credit with bringing about the online retail revolution – are now trialing high street stores of their own. So maybe everything is due to go full circle. Books, newspapers, and magazines have been migrating from page to screen thanks to computers and mobile devices, which makes it much easier to read the content we want on the move.

With newspaper circulation figures dropping 28% year on year in the UK, many are focusing their energies on their websites – and putting up paywalls to charge users to access content as they try to work out ways to earn revenue in the digital world.

eBooks have been popular in the publishing world since it was launched by Amazon in 2007. This has had a beneficial impact on writers, many of whom can easily self-publish books without an agent or a publisher, rather than submitting a manuscript that might not make the cut. 50 Shades of Grey, which has sold millions of copies worldwide and has been made into movies, was originally a self-published novel.

While technology has led to huge disruption in these industries, these sectors were always subject to change. We can expect the digital world to keep pushing them forward in the coming years as new trends come along and brands invent ever more innovative ways to achieve stand-out in their markets.

Gadgets which will help you in education 2018

What Should Real Vaper Know About Vape Wires and Vape Coils

Smart Alternatives to the Safari Browser

How To Uninstall Linux Or Windows From Dual Boot System

Avinash A Jan 14, 2020 0
Language is not a barrier anymore when you have a smartphone in your hand. With the power of artificial…