Long rumored Android-Chrome OS hybrid likely to debut at Google’s forthcoming event on 4 October. The company has been working for last 3 years to merge these two Operating Systems.

The new Android-Chrome OS merger is now nicknamed as — “Andromeda“, is likely to launch in 2017 but reports says that Google could tease the OS before revealing it at company’s annual developer conference.

According to Android Police and 9to5Google , Google is testing Andromeda OS on an ultra-thin laptop officially codenamed “Bison” and by the informal nickname “Pixel 3” which is going to release in Q3 2017.

Andromeda is separate from the company’s Fuchsia OS, which is focused on Internet-of-Thing (IoT) devices.And also Andromeda is a completely distinct effort from Google’s current campaign to bring Android apps to Chromebooks, and that Bison would not be marketed as a Chromebook.

Bison is reportedly an ultra-thin convertible laptop like Lenovo’s Yoga series. The device reportedly features a 12-3-inch display and will be powered by Intel’s Core m series processor. With seventh generation processors, Intel has almost killed m series by keeping only m7 in the offering. So expect the processor to upgrade from Core m to Core i processor. The device is reported to come with 32 or 128GB storage and two variants offering 8 or 16GB RAM.

So we to wait till October 4 to get more deatils. Google thinks October 4 will be a big deal; Senior VP of Android Hiroshi Lockheimer tweeted this out over the weekend:

We announced the 1st version of Android 8 years ago today. I have a feeling 8 years from now we’ll be talking about Oct 4, 2016.

Also Read : Now you can play Solitaire and Tic-Tac-Toe in Google search 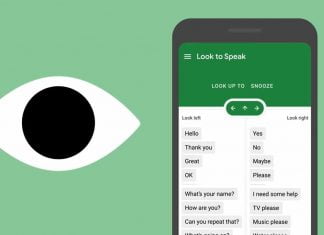