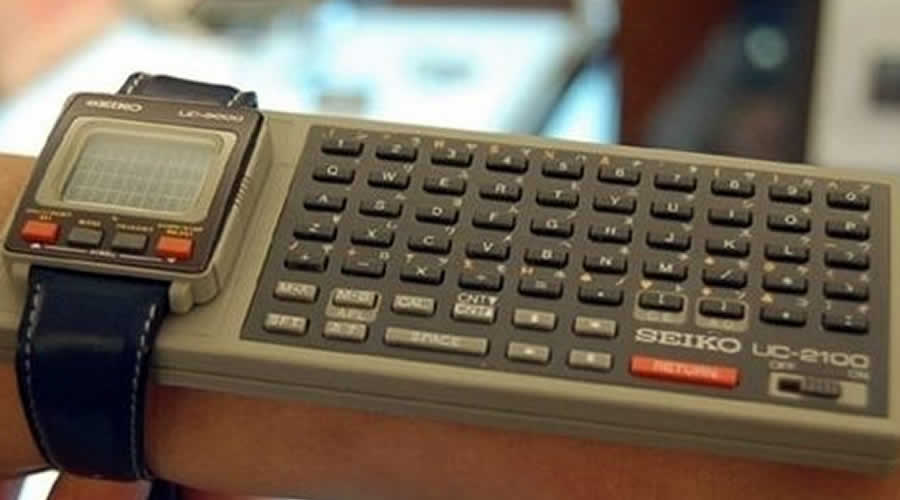 When you hear about “wearables” today, you most likely think of a smartwatch or a fitness tracker. Today, these types of devices are usually referred to as “wearables” even though there are many other product categories that deserve the same name: smart glasses, smart shoes and clothes, and the list could go on and on.

The Pebble was the first successful modern-day example of wearable technology. It was not the first wearable, though – actually, it was preceded by many prototypes, concepts, and actual products. And some of them were even quite successful.

If there is one product that counts as an early “wearable”, it’s the calculator watch. It was exactly what its name suggests: a watch with a calculator built into it. Some of them were simple, only capable of basic math, while others were more capable of scientific functions built into them.

One of the calculators watches to stand out was the Casio CMD-40 – aside from a scientific calculator, it also had an infrared remote control built into it.

While their popularity peaked in the 1980s, calculator watches never went out of style. Many models are still produced today.

The earliest mobile phones had no headphone jacks – they couldn’t play music, they couldn’t even handle a handsfree, so they had no use for one. Later, phones became capable of playing music, too, making their first attempt at the supremacy of the Walkman and the iPod. Wires, in turn, were an annoyance for many. This is where Bluetooth came in.

The development of Bluetooth began in the late 1980s at Ericsson Mobile in Sweden. It was intended to be used with headsets. It took the developers a decade to elaborate the technology and turn it into a standard. The first Bluetooth hands-free device was presented in 1999 at the COMDEX technology fair (held in Las Vegas between 1979 and 2003) and it quickly won the event’s “Best of show Technology Award”. The first Bluetooth-capable phone, Ericsson’s T36, followed a year later.

From then on, Bluetooth headsets have begun spreading like wildfire all over the world, becoming a status symbol as much as a useful piece of wearable technology. The first stereo Bluetooth headset followed in 2004, paving the way for the likes of Apple’s AirPods and the many other wireless headsets we know and love today.

Today, technology-infused clothing is spreading all over the world, covering everything from shoes and socks to smart hats that play music and take calls via Bluetooth (and bone conduction technology). It was not as common in the early 2000s, though. Still, there was one piece of apparel that made waves: Levis’ ICD+ smart jacket that was way ahead of its time.

The ICD+ jacket line was designed by Italian garment engineer and fashion designer Massimo Osti in collaboration with Levi’s and Philips. It had not only a series of pockets designed to carry wired devices like the Philips Xenium cellphone and the Rush MP3 player but it also had the wires built into it. Moreover, it came with a central control unit connected to these two devices, allowing the wearer to control them easily without having to reach into the pockets at all.

The ICD+ line was the first piece of smart apparel that was commercially available, paving the way for the cornucopia of smart clothing we know today.