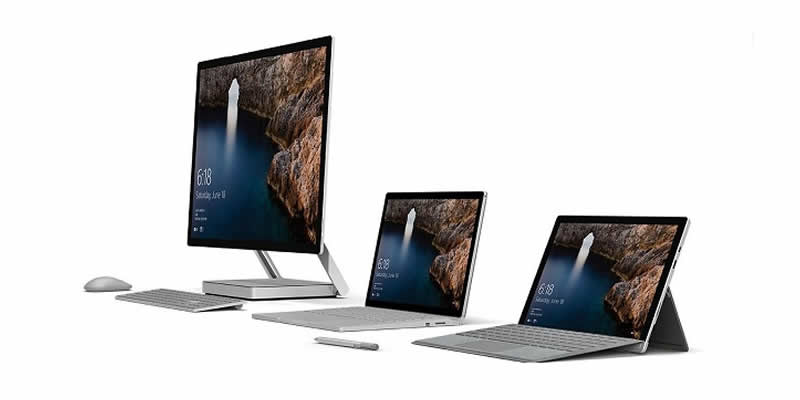 Microsoft announced an all-in-one desktop PC, dubbed the Surface Studio and Surface Book i7 on its recent Windows 10 event at New York.

Microsoft Surface Studio is a brand new all-in-one desktop PC  having the “world’s thinnest LCD monitor ever built” at 12.5mm with a 20-degree folding hinge. The 1.3mm thick touchscreen LCD Gorilla Glass display is contained in a forged aluminum enclosure and measures 28 inches across. The display outputs 13.5 million pixels, which is 63 percent more than a 4K television.

It’s powered by sixth-generation Intel Core i5 or Core i7 processors and graphics-wise, has an Nvidia GTX 980M GPU in the premium model, with a 965M in the lower-priced configurations and have 8GB, 16GB, or 32GB of RAM.
Also comes with 2.1 surround-sound speakers, a 2TB HD.

The new Surface Book i7 laptop powers with a quad-core i7 processor offers 16 hours of battery life and double the graphics performance of its predecessor.

Along with Surface Studio PC And Surface Book i7,company also released the latest version of Windows 10, called Creators Update, said the update would include creativity tools including a 3D-enabled version of venerable graphics program Paint that will let you “print” directly to Facebook.

Also Read : Blackberry Unveils Its Most Powerful Android Phone — May Be The Last Phone From House