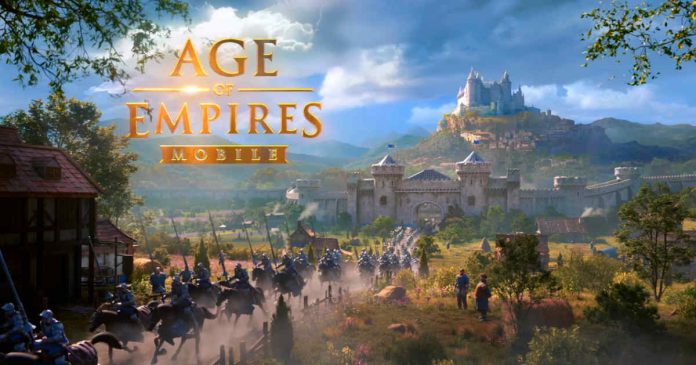 To coincide with the Age of Empires series’ 25th-anniversary broadcast, Microsoft not only presented Age of Mythology: Retold and the porting of Age of Empires 4 for the Xbox consoles. At the same time, the team also announced a completely new game in the series. However, this is a bit different than many fans have imagined.

This is Microsoft’s latest attempt to enter the mobile gaming market. The company is taking it a step further with its acquisition of Activision Blizzard King, which is expected to close in 2023.

Age of Empires Mobile is a new game in the franchise in development. As the name already suggests, it is a pure mobile title that you will be able to play via smartphone and tablet. The game will be released for both Android and iOS. Although no specific release date has been determined, the game will be available soon.

This is not the first game in the Age of Empires franchise to be released on mobile devices. Previously, in 2015, a real-time strategy game called Age of Empires: World Domination and a tower defence game called Age of Empires: Castle Siege was released for mobile devices. However, the mobile versions of both games did not perform well, resulting in Xbox Studios discontinuing World Domination after a year. At the same time, Castle Siege remained accessible for four years until being discontinued.

While the announcement was just a brief trailer, and no gameplay has premiered yet. So far, nothing is known about the content or features of Age of Empires Mobile. The question of how the controls will work also needs to be answered. We have to wait to see how the developers optimize this huge, complex strategy game for the smartphone.