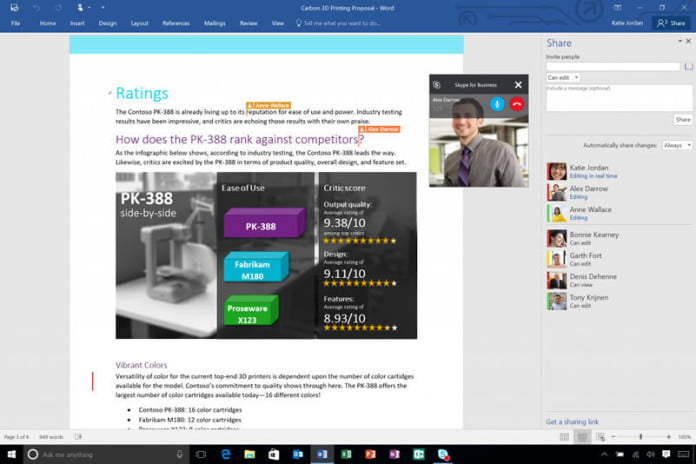 After Windows 10, here come next big launch of another Microsoft product – Microsoft 2016. Yes Microsoft Corp said it began the worldwide roll-out of Office 2016, the latest addition to its cloud-based subscription service Office 365, on Tuesday.

Office 2016 delivers new versions of the Office desktop apps for Windows, including Word, PowerPoint, Excel, Outlook, OneNote, Project, Visio and Access. By subscribing to Office 365, customers can get always-up-to-date, fully installed apps for use across their devices, combined with a continually evolving set of consumer and commercial services, such as OneDrive online storage, Skype for Business, Delve, Yammer and enterprise-grade security features.With the Office 3016 “subscribers can expect to get more frequent updates with new features and improvements.”

“The way people work has changed dramatically, and that’s why Microsoft is focused on reinventing productivity and business processes for the mobile-first, cloud-first world, These latest innovations take another big step forward in transforming Office from a familiar set of individual productivity apps to a connected set of apps and services designed for modern working, collaboration and teamwork.” —  said Satya Nadella, chief executive officer of Microsoft.

According to Microsoft blogpost,together, the new Office and Windows 10 are the most complete solution for doing. The Office 2016 apps run beautifully on the best Windows ever, including the new Sway for Windows 10 to create shareable, interactive stories that look great on any screen. Windows Hello logs you into Windows and Office 365 in one simple step.Office Mobile apps on Windows 10 empower on-the-go productivity, and work with Continuum, so you can use your phone like a PC. Cortana connects with Office 365 to help with tasks such as meeting preparation, with Outlook integration coming in November.