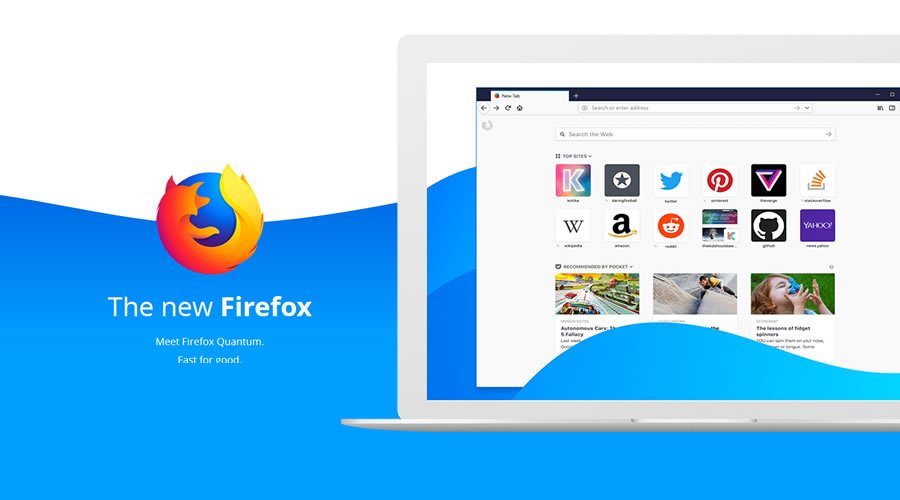 Firefox Quantum aka Firefox 57 is the biggest browser update from Mozilla since they launched Firefox 1.0 in 2004. The new Firefox browser guarantees better, faster page loading that uses less computer memory.

Firefox Quantum comes with a whole new user interface — Photon — which gives a modern look to the browser. The most notable feature in Firefox Quantum is its speed and consumption of memory. According to Mozilla, the new Firefox 57 is built on a powerful, new engine that’s built for rapidfire performance gives Firefox Quantum to load multiple numbers of tabs faster without eating your RAM.

Majority of us loved Chrome to do our daily browsing chores without complaining about its memory hogging feature. Because until now we didn’t have a better replacement for Chrome — and now Firefox Quantum has given us a new option to browse the internet with efficiency.

Compared to Chrome, Firefox Quantum loads web pages 2x faster. Also, we don’t have to worry about opening multiple tabs in our browser because new Firefox is 30% lighter than Chrome and uses less memory. When talking about browser speed, Firefox 57 blocks some ads and scripts that bog down browsing, results to load pages up to 44% faster.

We already installed the new Firefox browser and it amazes us with its speed and performance. And we are sure after using Firefox Quantum, soon you are going to ditch your longtime partner Chrome.