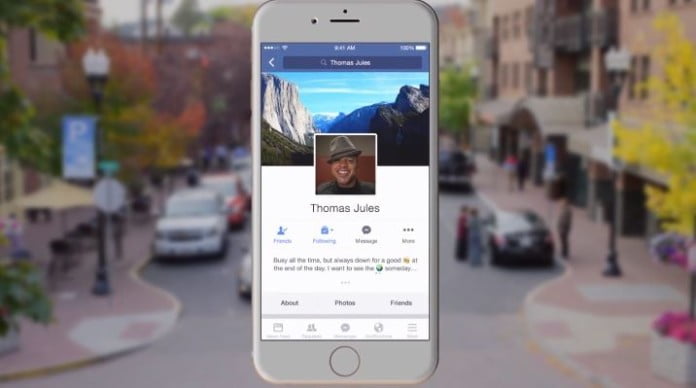 Facebook is always working to do best to make their users happy. Facebook profiles are your online identity and yesterday in their blogpost Facebook announced some awesome new, mobile-friendly features that will give a new life to your facebook profiles.

These are the main improvements that will give you more opportunities to express who you are and control the content showcased on your profile.

Soon, you’ll be able to film a short, looping video clip that will play for anyone who visits your profile. Profile videos will let show a part of yourself you couldn’t before, and add a new dimension to your profile. And yes now can set GIF Profile Videos.

And also added several new improvements to edit your profile pictures. The Profile photos will now be centered, as is a new, sort-of summarized bio section where you can also include emoji—which is great. You just have to keep it to 101 characters.  Facebook is including new controls, as well, so you can decide which personal information fields show up here.

“We’ve seen a lot of people ‘hack’ their profiles to show bits of their personality like nicknames, and we wanted to give people a new, freeform space at the top of the profile to do that,” —  a Facebook spokesperson says.

Below the profile photo and general info will be a block of five featured photos. The new featured photos space is an option—so don’t worry, Facebook won’t populate this field for you if you don’t want it there.

“Features Photos is a section we’re very excited about because we think there are a lot of creative ways for people to use it,” — says a spokesperson. “We think people can use this space to visually highlight what’s important to them.As part Mutual friends will be bumped up, too; Facebook says this is something users want to see when they’re stalking looking at a new friend’s profile.”

Facebook’s also introducing temporary filters for profile photos. “When more than 26 million people used our Celebrate Pride filter, it was more apparent than ever that people use their profile pictures to show who they are—even if it’s just for a moment in time,” Facebook writes. The idea is to give you a temporary profile picture that you can set a time limit on. When you decide the moment is up, your photo will immediately roll back to whatever you had before. This is probably meant to address the discomfort of having to ask yourself “am I done visually supporting [insert cause here] with my profile photo?” and taking action to change it. Now, Facebook will do the dirty work for you.

facebook is starting to test all of these features to a small number of iPhone users in the UK and California, and will be rolling them out to more people soon. Facebook believe these improvements to profile will give people more ways to connect and share with each other, and express themselves in meaningful ways.