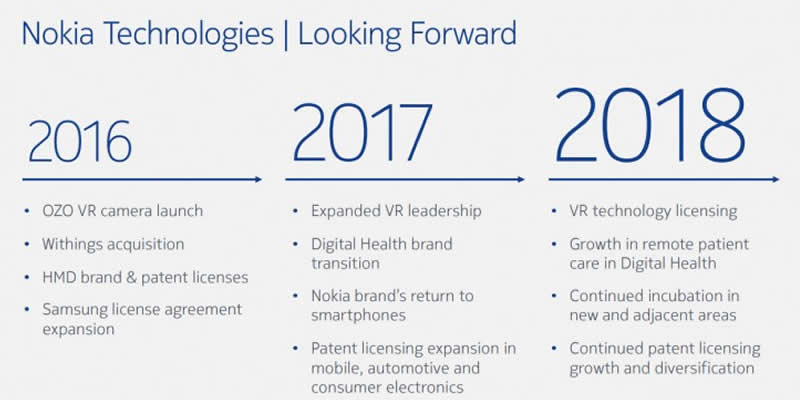 Finally after a couple of rumors Nokia officially confirmed — they are going to back in smartphone business next year.

Yes, 2017 you will witness the rise of fallen hero.

Nokia’s Capital Markets Day 2016 held on November 15 for investors, the company stated that 2017 will represent “Nokia brand’s return to smartphones“.

Although the Nokia brand will be returning, the company itself will not actually be manufacturing the devices, Nokia will rope in Finnish company HMD Global, and Taiwanese giant Foxconn to manufacture the smartphones using Nokia-owned patents, and brand them as Nokia devices through a licensing agreement. HMD has a ten-year exclusive agreement for using the Nokia brand on mobile phones, and it will pour a minimum of €500 million in marketing in the first three years in which it’s going to sell those handsets. One of the first Nokia-branded handsets of 2017 could be the D1C, which allegedly runs Android 7 Nougat and offers mid-range specs like a 1080p display, a Snapdragon 430 processor, and 3 GB of RAM.