Atlast Samsung agreed to pay Apple $548 million to settle infringing the patents and designs of its biggest smartphone rival, but the payment won’t put an end to the long-running legal battles between the two companies.

A key component in Apple’s case against Samsung is the so-called ‘915 patent, which describes how the pinch-to-zoom feature works on touch devices.

Apple and Samsung filed a joint statement to the U.S. District Court for the Northern District of California on Thursday, saying that Samsung has agreed to pay Apple $548 million over alleged patent violations in accordance with a partial judgment in Apple’s favor handed down in September. But Samsung also said in the statement that it wants to be able to get all or some of that money back if “the partial judgment is reversed, modified, vacated or set aside on appeal.” Samsung also raised the possibility that it might take the case to the Supreme Court, writing that it would ask for reimbursement if the partial judgment changed as a result of any petition filed with the Supreme Court.

“We are disappointed that the court has agreed to proceed with Apple’s grossly exaggerated damages claims regardless of whether the patents are valid,”  —  Samsung said in an emailed statement to The NewYork Times . “While we’ve agreed to pay Apple, we remain confident that our products do not infringe on Apple’s design patents, and we will continue to take all appropriate measures within the legal system to protect our products and our intellectual property.”

Apple intends to appeal that ruling and said in court documents it “disputes Samsung’s asserted rights to reimbursement.”

This case began in 2011 when Apple sued Samsung for $2.5 billion in damages for infringing on some technology and packaging patents for devices.Apple won in 2012, but was awarded only about $1 billion. After years of appeals, some parts of the case have been dismissed by the court. And now Samsung agreed to pay Apple $548 million to settle the technology patent allegations. 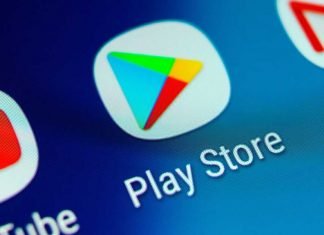