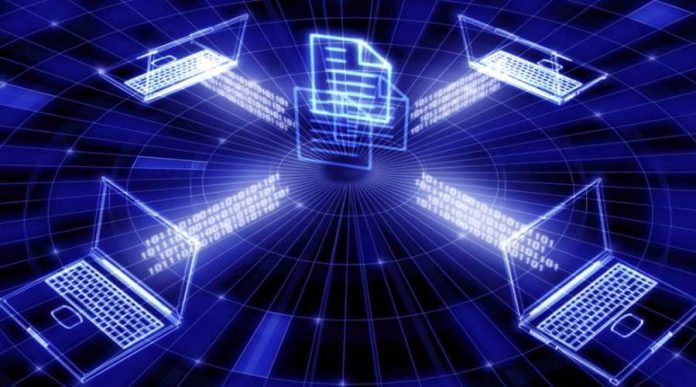 There are various platforms designed to help you download just about any file from the Internet. Usenet is one of these platforms, yet only a few people know about it with most people not having a clue about its speed and ease of use. This article will highlight some of the basic things that you need to know, and will also help you understand how to use the platform.

To help you understand what Usenet is, you need to know that it was first created to help individuals communicate easily through messaging, at a time when that was difficult. The platform’s creators were driven by the opportunity to take advantage of increasingly sophisticated computers through which users could hold conversations.

Usenet is one of the oldest file-sharing platforms that could be termed secure. Although it has been in existence since 1980 as a bulletin board services (BBS), only a fraction of Internet users know about it. Torrent is the most commonly used platform because it is semi decentralized, making it more secure. What most people don’t realize is that Usenet is totally decentralized.

Back when Usenet started, people were only able to post text messages. That seems to limit now, but back then there was no e-mail or World Wide Web, everything was slow, difficult, and text-based. However, it gradually evolved and developed into a sharing platform by allowing users to send files. From this point on, it grew incredibly rapidly and continued to evolve greater efficiency and capacity.

The messages that are sent, or posted, to Usenet are uploaded to various newsgroups, which as named for the subject they cover. Although the way it is used and the messages being posted have changed, the nature of Usenet remains the same. Currently, there are over 90,000 newsgroups that cover just about every subject.

After learning about Usenet and newsgroups, you will probably drop your Torrent usage and adopt this easy to use way of downloading files. Usenet was designed to be utilized across a series of decentralized servers. With technological advancement, however, it added the ability to make it even easier and faster to share files.

Following this advancement, alt binaries newsgroups have since been formed to facilitate effective file sharing. Within a short span, the sharing of messages in the form of files became popular and Usenet became the topic of discussion across other different platforms.

While most of us know about Torrents, Usenet remains out of the spotlight despite being the primary alternative to share various types of files that could not otherwise be supported by Torrents.

Why should you switch?

When it comes to uploading or downloading files, speed is the main factor that every user is looking for. While torrents can get a little slow sometimes, Usenet is an efficient platform that will make it easy for you to share or download your files because it is not limited by the speed of other end users. Since you will be able to utilize your broadband connection fully. There is not really anything that can beat the raw speed of it.

If you are a download junkie, newsgroups should be your number one option. The limitation that is associated with Usenet is that most users argue that it is difficult to use. This, however, is very misleading since Usenet is easy to get into with the right guidance, thus giving you a chance to maximize its potential fully. Newsbin is one of the easiest Usenet downloaders, and some services provide it for free with their accounts. It is also worth noting that Usenet, like Torrents, is not controlled by any company or individual and exists independently across various servers that mirror each other.

Usenet has come a long way and being the first platform that supported file uploads, and its popularity among tech-savvy groups is undeniable. With the various alt binaries newsgroups formed on the platform, there is no denying its growth. Its reliability in terms of speed and ability to support a wide range of files has also attracted a high number of users. As of early 2018, millions of uploads are made to newsgroups daily.

Unlike the other platforms whose content is controlled in terms of what is shared, Usenet remains unregulated. This can be described as either positive or negative depending on how you view it. Some people who want to share “dirty” videos do it on Usenet, no pun intended, and they love it because of this uncontrolled factor. However, some users hate this fact about Usenet because this unregulated nature leads to the spread of viruses, spam, and other malicious threats to network security. One, however, could attribute its success to its unregulated nature because the freedom that the users enjoy keeps the content shared interesting.

Like other file sharing platforms, it also requires software to be able to access it. However, you can find a few reliable and effective software that you could use, and several of the best ones are free. For first time users, they need to know that they must have a Usenet provider and software through which to connect.

Taking all the above steps just to get started can be a bit overwhelming for first-time users. As a result, various Usenet providers began providing software with their accounts to ease the whole process.

Challenges associated with the use of Usenet:

Usenet has always been computer-based, and a lot of the ways that people use it are pretty resource intensive. This becomes more of a concern in the modern world where smartphones are commonly used to access the Internet. Without really good Usenet software compatible with smartphones, it gets hard for some people to even consider using it.

How to choose Usenet service?

ISP’s initially hosted all newsgroups, but over time they became overwhelmed by the volume in alt binaries groups and also the costs involved in supporting them. This led almost all of them to drop providing access or severely cut back on the content to which they would provide access. In turn, users turned toward dedicated paid providers, which as now the standard.

The charges you pay are for the bandwidth and storage of the large content available since the files are mirrored on all servers.

As a new user, your interest is to gain unthrottled and unlimited access to the platform for reliable performance. Some accounts cost $15.00 for all unlimited access but there are also low cost options for just getting started.

Before choosing a provider, there are a series of factors you need to take into account considering that this platform is unregulated. By being unregulated, the platform’s servers are forced to handle a wide range of data at once.

Choosing a provider, therefore, will depend on the following factors:

Files on Usenet have a limited lifespan since the platform deals with a large amount of data, which inevitably requires occasional cleanups. This is because the large volume of data tends to overload the system. When looking for a provider, you should consider how long they could retain the uploaded files. The longer they can retain uploaded data the better. A 3-4 year retention time is fairly standard among the biggest Usenet providers.

Providers usually indicate the number of parallel connections they can allow to their servers. The more parallel connections are allowed the faster the provider. A good server is one that allows over 20 concurrent downloads. As compared to other platforms, like Torrents, 20 and above is really an impressive number. This is like getting your downloads from 20 high speed seeders simultaneously.

The volume of downloads a provider allows per month also affects its performance and reliability. However, this is going to depend on the user’s interests and expectations. For instance, if you think that 10GB per month is going to be enough for you, then you can go ahead and buy from a provider whose download limit is 10GB for every month.

Although Usenet was originally intended for text messages only, it has evolved into a massive file sharing platform with the alt binaries newsgroups alone rivaling Torrents. Unlike Torrents, Usenet is exceptionally fast for uploading and downloading, while offering a much higher level of security and anonymity.