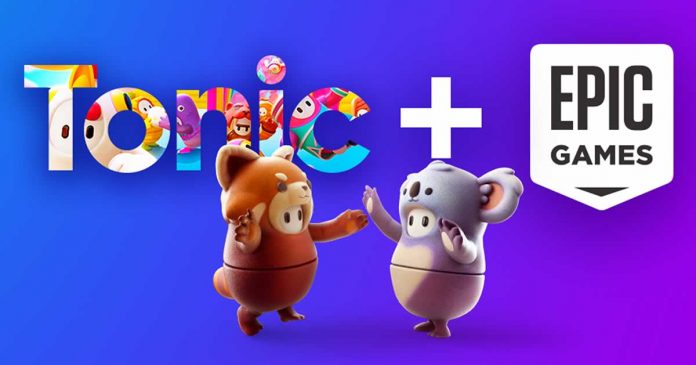 Epic Games has bought Mediatonic — the development studio behind Fall Guys. With this acquisition, the creators of the Unreal Engine already have three of the most popular games in the bag if we include Rocket League and Fortnite.

Tonic Games, owned by Mediatonic, is now part of the Epic Games family. Details on the takeover price are not available. The game, which is available for Playstation 4 and Windows PC, is not expected to change for the time being.

“Your gameplay isn’t changing and neither is our mission to bring Fall Guys to as many players as possible. Each season, we’ll continue to expand the game with new content, features, rounds, and costumes.

Fall Guys: Ultimate Knockout will remain purchasable on Steam and PlayStation. If you own the game on these platforms, you’ll still be able to play it from there and will receive future updates. We are also still planning to bring Fall Guys to Nintendo Switch and Xbox.”

The most obvious change is the crossover gameplay. The developers mentioned that Rocket League and Fortnite have “tons of features” that they would like to apply to Fall Guys.

Fall Guys was released in August 2020 — in the first few days it was available as a free download for Playstation Plus members. The aim of the game is to assert yourself with all means allowed by the game in a mass rush towards a goal.

60 participants complete a series of obstacle courses together. Those who do not fall into the depths or are catapulted from the trampoline field out of bounds will continue until at some point — as in Battle Royale — there is only one winner left.