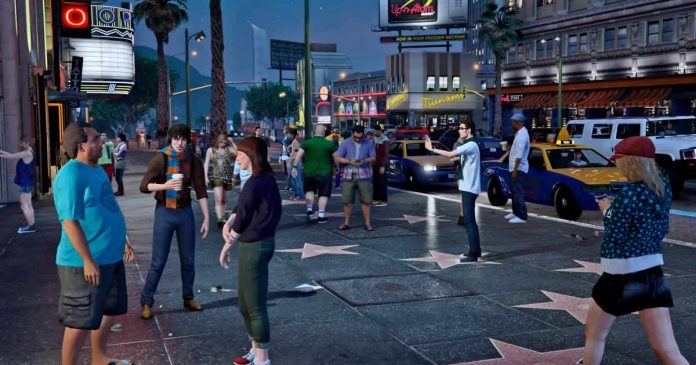 Recently, Rockstar Games patented a technology that aims to significantly improve the behavior of NPCs, thanks to artificial intelligence.

If you have had the opportunity to enjoy any title in the franchise, surely you know that non-playable characters have a fundamental role to “bring life” to the open world. Of course, in GTA 6, it will not be the exception. The great advantage is that the hardware continues to advance, and it is now possible to execute ideas that were previously limited by a lack of technical resources.

“Conventional systems only provide limited resources to automate NPCs,” they mention. “In these systems, the NPCs are usually grouped by characteristics and perform the same movements. In fact, in some systems, the NPCs disappear when the player approaches them.”

Rockstar emphasizes that in order to deliver a realistic experience, it is essential that non-playable characters also improve their behavior and have logical reactions to the situations around them.

The patent describes how NPCs could recognize, for example, the type of road they are traveling in their vehicle. If they travel on a highway, they will increase their speed and make adequate maneuvers to change lanes. But they will also know that the stopping distance is different and that the weather can play a role.

In contrast, if they are moving through a residential area, they will slow down and be able to maneuver to avoid traffic on a single lane street. These are just a few examples Rockstar provides to expose the scope of a technology that they might as well show off in GTA 6.

The patent also hints that, for its new NPC system to function properly, it is necessary to intervene in a cloud infrastructure that connects to the player’s hardware. This would allow a part of the processing to be transferred to an external server, which requires being permanently connected to the internet.

While Rockstar Games does not point out that its patent is related to the development of a new Grand Theft Auto, it is clear that it would integrate seamlessly with GTA 6.

GTA 6 has not yet been officially announced. Rumor has it that there will be at least one main female character in the campaign. Before the campaign starts, the players can either choose a woman or a man to be the protagonist.