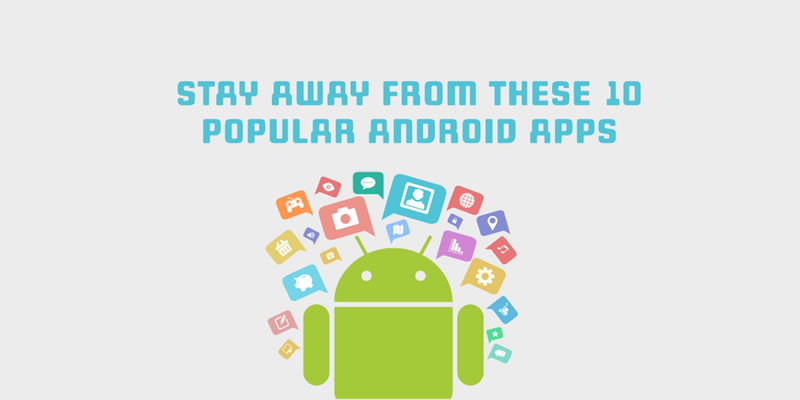 There are over 1.43 million apps on the Google Play Store, and more than 500 billion downloads. And we already installed some of the popular Android apps without knowing the fact they just want to harm us.

Yes,there are some popular Android apps in Google Play Store which disguise themselves as your friend, but some of them are tracking you while others comes with a lot of bloatware or malware or ad-ware.

Today we are going to list 10 popular Android apps which you have to avoid. If you already installed these apps – uninstall now.

Do Not Install These 10 Popular Android Apps

Popular Android web browser, no one can beat UC browser – because have many exclusive features. UC Browser is developed by Alibaba-owned UCWeb and it is the #1 Android web browser in China and India. The application is said to have more than 500 million users worldwide. It claims to have a “fast mode” that’ll save you MBs of data usage thanks to compression.

Why you have to avoid UC browser :

Recent reports shows that your favorite browser have some privacy issue, yes –  they are spying on their users.

A popular “battery-saving” app with an insane number of downloads. It has 7.6 million five-star reviews. Well, sorry, but all of those 7.6 million people are wrong.

Why you have to avoid DU Battery Saver :

Fast Charge? An app does not have the ability to change how fast your device charges. This is also the king of adverts – it sponsors almost every ad that you see in any other app and manifests its own ads on your lock screen and notifications bar. Also, all those fancy speed graphs and cool animations? Totally fake.

Why you have to avoid Dolphin Web Browser :

Like UC Browser, this is a tracking nightmare. Worst of all, it saves your incognito mode website visits in a file on your phone – go and check. Don’t believe the hype; delete it now.

As mentioned earlier, Chrome and Firefox are your two best options.

Why you have to avoid Photo Collage :

Lots and lots of ads, the most annoying of which is the DU Quick Charge ad on the lock screen.

Once again, there are plenty of photo editors out there. Photoshop is great for heavy-duty work, or you could also try Google’s increasingly-impressive Snapseed.

Also Read : 15 powerful websites that can replace your desktop softwares

A “junk file cleaner” that’s been installed 10 million times and has 85 percent four- or five-star reviews.

Why you have to avoid CLEAN it :

Most of what it advertises is detrimental to your phone. For example, clearing the cache will ultimately slow your phone down when it needs to be rebuilt, clearing your RAM only leads to more battery usage, and killing running apps does not save your battery as claimed.

Greenify is a much better option for reducing apps’ battery drain, and SD Maid is a more useful junk filter for ad files and logs, etc.

QuickPic used to be a friendly and easy-to-use photo gallery. It was never flashy, but clear communications and frequent updates saw it steadily grow a well-sized user base.

Why you have to avoid QuickPic :

It was bought by Cheetah Mobile last year. The company immediately started uploading users’ data to their own servers, as evidenced by one Google Plus user who found a raft of new DNS requests that were attributable to the app. 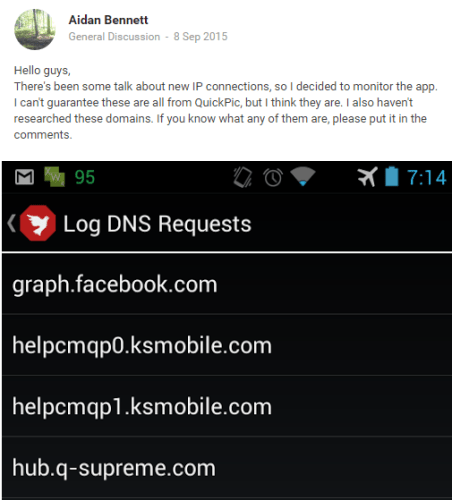 One alternative that’s been gathering pace recently is Piktures. It claims to be the first gesture-based gallery app and is completely ad-free.

Why you have to avoid Clean Master :

Firstly, it’s made by Cheetah Mobile. We referred to them earlier – the company is renowned for packing ads, bloatware, and nag screens into their apps. Secondly, it doesn’t do anything useful; RAM-saving apps were valuable once upon a time and Android now has its own native handler for assigning RAM and ensuring it’s all being used in the most optimal way – in many cases, it even deliberately keeps RAM loaded to help performance.

Honestly, nothing. If you really insist, SD Maid is your friend.

Amazingly, it’s probably the most popular file explorer app out there. That’s because it used to be really, really good – five years ago.

Why you have to avoid ES File Explorer :

The free version has been pumped full of bloatware and ad-ware, and it endlessly nags you to download additional apps via non-disable-able notification bar pop-ups.

If you want an open-source offering turn to OI File Manager; if you’re more concerned with design try out FX File Explorer; or if customization is your thing, you can look to Total Commander.

As implied, it’s an app that lets you play audio files saved on your device.

Why you have to avoid Music Player :

It has lots of ads, but more worryingly from a user standpoint, it eats through data plans and destroys your battery. People who’ve commented on its Google Play listing report gigabytes of data being consumed, as well as massive battery drain.

There are lots of ways to stream music on Android, while Google Play Music and Phonograph are both good ways to manage audio that’s already on your device.

There are loads to choose from; most of the well-known desktop anti-viruses now have a smartphone offering.

Why you have to avoid Anti-Virus Apps :

They aren’t bad per se, but they are largely unnecessary – that’s why the biggest names in the industry now market their apps’ anti-virus capabilities as part of a larger security package. There are a couple of caveats, however; if you install software from third-party sources (i.e., not the Google Play Store), or if you have a rooted device. Both these situations can open you up to malware that Google has no control over.

In this case, it’s not so much what you should install instead, but rather that you need to make sure you’re installing a full-fledged security package from a recognized provider. The apps from companies like Avast and Avira tend to offer additional features such as password-locked apps, remote device wiping, and call blockers.

So do not install these popular Android apps – even if they are the best in the market, don’t let them to track or hack you and only install content from well-known and well-trusted developers. And of course, if you see any suspicious activity after installing an app, delete it and its residual cache .