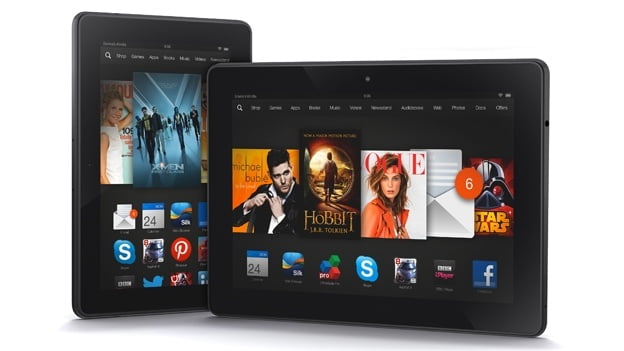 Amazon is going to attract customers with their new extremly low cost tablet.The Wall Street Journal claims that Amazon is planning to launch a 6-inch tablet that’ll cost just $50.The company reportedly outsourced a lot of the tablet’s development to overseas companies like Shanghai Huaqin Telecom Technology Co. and Compal Communications Inc. in order to help get its price down.

The new tablet is half the price of the company’s current 6-inch Fire HD tablet, and even less expensive than the company’s Kindle reader, which starts at $79.So this time Amzon will attract buyers looking for a simple and effectively disposable,device for straightforward tasks like streaming video at home and everday use.More over its only 50$ baby!.But we always know that low priced electroinic items have low quality hardwares like inferior screen quality, durability or battery life in comparison to more expensive tablets like Amazon’s larger Fire tablets and industry-leading devices like Apple Inc.’s iPad. For instance, the $50 device will have a mono speaker, rather than stereo.

Amazon faces potential new challenges, as Apple may introduce new versions of its popular iPad and iPad Mini tablets as soon as Wednesday, along with new iPhones.Amazon’s cheapest current Fire tablet has a 6-inch screen and sells for $99, including advertisements that appear as screen savers, or $114 without the ads. It isn’t clear whether the $50 price for the newest tablet includes ads.The coming 6-inch tablet is just half an inch bigger—measured diagonally across the screen—than Apple’s iPhone 6 Plus smartphone and is smaller than some large-screen smartphones known as phablets. Amazon’s device isn’t expected to have phone capabilities.

Also The Wall Street Journal reports that Amazon is planning to release the $50 device in this year that will also include tablets with 8-inch and 10-inch screens.