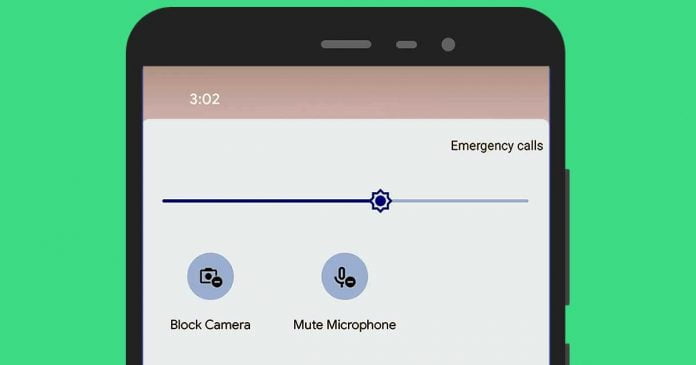 The first developer preview of Android 12 is already in the hands of the developers, and the 9to5Google team has managed to dig deep into the system to enable a new privacy feature of Android 12.

According to 9to5Google, Android 12 will come with master switches integrated in the quick settings panel to completely enable or disable the cameras and microphones of the device.

This feature is not available to all Android 12 preview users. However, the team of the aforementioned American medium has managed to test it.

Quick settings are an old acquaintance of Google’s mobile operating system. From there, it is possible to activate or deactivate Bluetooth, Wi-Fi, and even the vibration of the device. Now, in Android 12, you can enable or disable the cameras and microphones of the phone same way.

As can be seen from the images, the toggle buttons with captions “Block camera” and “Mute microphone.” Tapping them completely interrupts the operation of the sensors. This, in theory, since according to 9to5Google, the function would not work very well in some applications.

For example, when trying to open the camera on Twitter, with the switch off, Android 12 displays a message requesting to turn on the camera. The most curious thing about this is that in the test, the sensor was working in the background. The problem persisted even after restarting the phone.

Android 12 is in a still early stage, so it is to be expected that it contains some bugs or that its functions are not fully available. In the coming weeks, versions will be released that will provide more stability and new features.