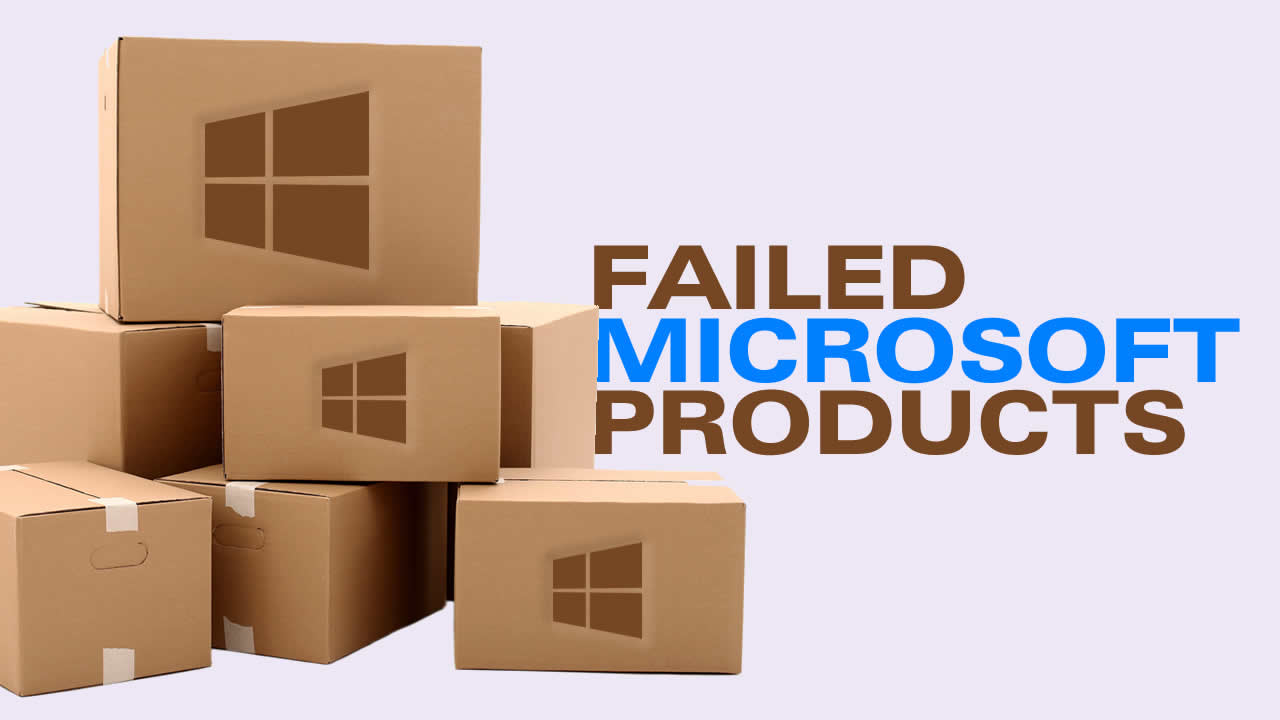 Microsoft best know for Windows Operating Systems ,Windows Phone,Xbox ,Azure,Office etc. But these are not the only the only products the tech giant ever launched. There are some failed Microsoft products that really ruined company’s reputation.

Don’t be confused with Windows Phone, Windows Mobile launched in 2000 were the first mobile operating system developed by Microsoft for smartphones and Pocket PCs.  It was the most popular smartphone software in the U.S but its popularity faded with arrival of iOS and Android. Windows Mobile included an app store, a browser, and touch screen support. Microsoft stopped supporting Windows Mobile upon the release of Windows Phone 7 in 2012.

Zune a brand of digital media products and services launched by Microsoft to compete with Apple’s iPod, which already sold more than 100 million units when Zune came to market. Zune was launched in November 2006 and product included a line of portable media players, digital media player software for Windows PCs, a music subscription service known as a “Zune Music Pass”, music and video streaming services for the Xbox 360 game console via the Zune Software, music, TV and movie sales, and desktop sync software for Windows Phone.

Almost 10 years before Mark Zuckerberg launched Facebook and 15 years before WhatsApp, there was a Social Networking kinda service from Microsoft — named MSN where customers were IMing each other, setting a status message, and various other social networky things. Later in 2012 Microsoft discontinued MSN.

Windows ME — one of the worst operating system Microsoft ever launched. Released after Windows 98 on September 2000 as a special millennium edition OS. Windows ME promised improved performance and accessibility but became an utter failure in the market. It was the last operating system released in the Windows 9x series. Because of its frequent crashing and incompatibility with several popular applications that ran on Windows 98 software forced Microsoft to ditch the OS after 1 year.

Windows Vista launched in November 2006 after Microsoft’s still popular OS Windows XP. May be favourite for some people but the OS became a huge disaster like Windows ME  because of its bloat, its slowness, its hardware and software incompatibilities, its high cost, its confusing versions, its security fumbles and other ineptitude.

Terraserver launched in 1997 was a Google Earth model project, before Google thought of it. With Terraserver could see your house, your neighbourhood, or a place you’ve never been before via satellite imagery. Later the service was discontinued in 1999.

Microsoft Bob created in 1995 was a graphical user interface for Windows 3.1 and Windows 95. The program was intended to provide a more user-friendly interface but Microsoft Bob was greatly criticized in the press, did not gain wide acceptance with users, and was neither a successful nor long-lived product. The product was killed in early 1996.