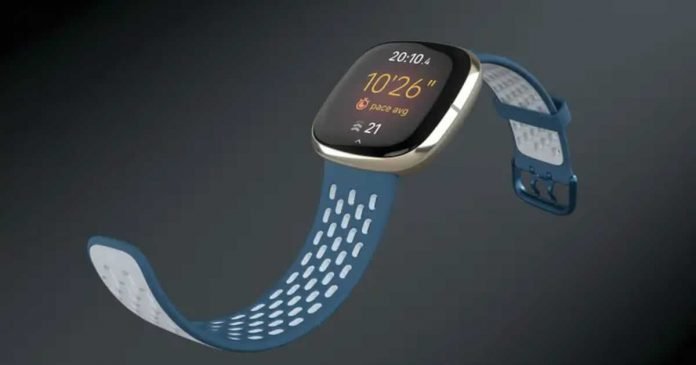 With the Sense, Fitbit introduces a smartwatch that has numerous sensors for monitoring the body. The company calls it “health smartwatch.”

The Fitbit Sense is the company’s new flagship aimed even more at personal health monitoring with sensors for EDA (electrodermal activity) detection, ECG, skin temperature sensor, updated heartbeat sensor, and a sensor for detecting the level of blood oxygen saturation.

There is also an integrated GPS, which eliminates the need to carry the smartphone with you during the run or outdoor activities to have the georeferenced track.

Sensor for the detection of stress

With the detection of stress, Fitbit would like to make a significant contribution to making smartwatch wearers aware of their stress level and reducing the health consequences of stress, which can be reflected in psychological and physiological symptoms.

A stress management index introduced with the Sense calculates the daily physical stress level based on data on heart health, sleep, and activity. It is available exclusively with Fitbit Sense and is located in the new stress tile in the Fitbit app.

Sensor for measuring the skin temperature

The Sense measures the skin temperature on the wearer’s wrist using an additional sensor. In this way, any illness should be detected at an early stage, but the menstrual cycle phases, for example, should also be understood.

On this issue, Fitbit is working with various researches to identify early physical states altered by Covid-19 , even before the obvious symptoms appear.

In addition, the smartwatch has sensors for heart rate measurement and a new EKG app, which can only be used in the USA for the time being, as official approval in other countries is still pending.

The Sense is the first Fitbit model with an EKG app, which will have been in high demand since the launch of the Apple Watch 4. It can check your heart rate for signs of atrial fibrillation, just by touching the stainless steel edges of the watch.

For heart rate measurement, two fingers must be placed at two corners on the watch’s stainless steel ring for 30 seconds. The measured values ​​can then can be downloaded and given to a doctor, for example.

Fitbit describes a new reusable heart rate sensor and an updated algorithm as PurePulse 2.0 technology, which now enables personalized notifications of high and low heart rates on the smartwatch.

In addition to these functions, the Fitbit Sense offers an integrated GPS, more than 20 training programs that automatically recognize which sport is being performed by the wearer, a built-in loudspeaker, a microphone for making calls and answering messages (only for Android), the Amazon Alexa or the Google Assistant and Fitbit Pay for contactless payments.

According to Fitbit, the battery life of the Sense is more than 6 days, with no precise information on usage. With the continuous use of GPS, battery life should be around 5 hours.

The Sense also offers some notable improvements to other technology compared to the previous flagship, the Ionic. The scythe comes with an AMOLED display and Gorilla Glass 3. Aluminum and stainless steel are used for the waterproof housing.

Fitbit Sense is priced at Rs. 34,999 in carbon/graphite stainless steel and lunar white/soft gold stainless steel and will be available from the end of September. When purchasing Fitbit Sense, customers receive a free six-month trial subscription to Fitbit Premium. After that, it will cost Rs. 819 per month or Rs 6,999 per year.