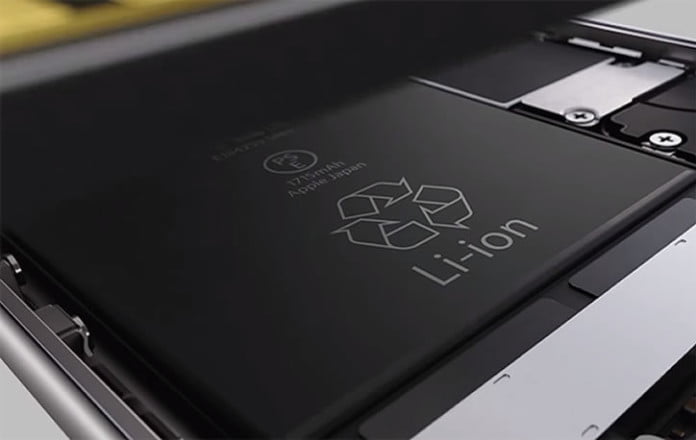 Apple’s next generation iPhone, iPhone 6S and iPhone 6S Plus was launched early in this week.Apple claims iPhone 6S will be the most advanced iPhone ever and it is true.But I don’t know why they equipped it with a battery pack that has a lower capacity than its predecessor.

Yes iPhone 6S have many advanced features, especially the new advanced pressure-sensitive touchscreen feature.But Apple downgrades iPhone 6S with wimpy 1715mAh battery.The video introduction of the 3D Touch interface, narrated by Apple’s design supremo Sir Jony Ive, includes a shot of the inside of the new Apple handset and its 1715mAh battery pack – which is smaller than the 1810mAh battery in the iPhone 6 released last year.

According to MacRumors, not only to iPhone 6S but also the 5.5-inch iPhone 6S Plus also has a smaller battery pack, moving from a 2910mAh in the iPhone 6 Plus to a 2750mAh pack.The physically smaller battery is the result of Apple cramming more hardware into the iPhone 6S and 6S Plus models. With the addition of a new “3D Touch” engine – which will open extra menus and trigger other actions if you press harder on the screen – Apple had to sacrifice the larger battery in order to have room for the additional gadgetry.

The iPhone 6S is also powered by a 14nm 64-bit ARMv8 A9 processor, whereas the iPhone 6 has a 20nm 64-bit ARMv8 A8 system-on-chip. That shrink in transistor gate size is likely to cut the power drain of the newer model somewhat – Apple said the A9 uses three-quarters of the power of the A8.

How that battery life claim will translate to real-world use has yet to be seen. New iPhone features, such as 4K video recording and the Live Pictures photo, could take their toll on battery life and result in users getting less operating time than they anticipated with the new iPhone.