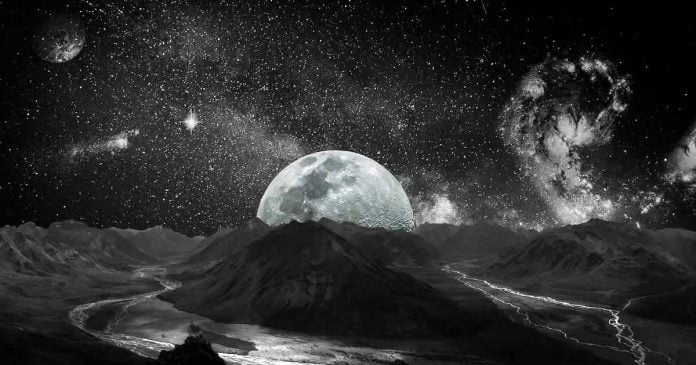 Exploring space is now at the forefront of technological development. Whether it’s produced by a UK space company or an international one, cosmological research and technology are more advanced than ever before. One debate that has constantly challenged scientists is the potential existence of moon water. However, crucial new evidence has recently emerged that suggests the Moon may not be dry and might, in fact, have ample water to support life.

So, how did scientists come to this conclusion, and why was the Moon ever thought to be dry? What’s more, does this new discovery mean humans could live on the Moon or is free-flowing water on the Moon an impossibility? As with so many investigations into space, there are still just as many questions as there are answers.

Why Was the Moon Thought to Be Dry?

In 2010, researchers announced that their mission to discover water on planet satellite, the Moon, was unsuccessful. According to samples brought back from an exploratory mission, scientists declared that it was unlikely the Moon ever had significant bodies of water. Rock pieces recovered from the Moon’s surface seemed to show mineral compounds incompatible with moisture presence.

These rocks on the Moon’s face would have originally been comprised of magma. This magma sea is believed to have been formed shortly after the Moon’s creation when a giant planet collided with the Earth. On Earth, moisture is believed to have formed from water stored in magma rocks, which then dissolved. Because of the Earth’s dense atmosphere and temperate climate, oceans and fresh water are able to exist without evaporating or freezing.

Scientists believed this was unlikely to have happened on the Moon as the magma samples did not contain the same traces of water as those found on Earth. Similarly, the Moon’s atmosphere is thinner than Earth’s, and any water that did appear could not have remained on the surface in liquid form. Researchers had also believed for a long time that moons are generally formed too close to giant planets, which radiate heat, to retain water. Instead, their surface bakes into a crust, and water evaporates. Although our Moon was not formed like that, it does have a similar dry crust too many exomoons.

Prompted by researchers at NASA, moon water is now believed to exist in fairly significant amounts beneath the Moon’s crust. This was discovered when astronomers noticed a pattern occurring during meteor strikes on the Moon. These strikes created ripples and sent shock waves associated with water motion across the Moon’s surface, not only near the parts that were hit. This suggests that a large body of water covers the entirety of the Moon beneath its upper layer. However, scientists are unsure how much water is there. Water, therefore, is likely to be found buried on the Moon.

Moon water is an important discovery for many reasons. For one thing, it could allow for longer periods spent on the Moon. The discovery of new moon water could also help create a pit stop or refueling station on the Moon for interplanetary travel. Moon water uses include:

So, does this discovery mean that humanity has a new, potential habitat on the Moon? Not necessarily. In fact, although researchers are profoundly hopeful about the discovery of water on the Moon, there are also reasons to be cautious. Researchers believe that, even if a vast quantity of water exists on the Moon, it is slowly drying up.

Atmospheric differences between the Earth and the Moon may also mean that it is difficult to extract water and hold it in a liquid state. The Moon’s thin atmosphere and lack of gravitational pull mean that water cannot pool in a body on the satellite’s surface the way that lakes and oceans can on Earth. This may make extracting and storing moon water difficult – although modern space container technology will no doubt begin to find ways around this.

Beyond this, however, the essential chemical make-up of water on the Moon may be different to fresh, drinkable water found on Earth. However, it is almost certain that recognizable H2O has been discovered. This water may also contain microbial life and evidence of extra-terrestrial existence. This has massive potential consequences for cosmological research and NASA, and other space companies will pursue these findings in the following years.

The discovery of moon water is one of the most significant cosmological advances of the 21st century. With space travel and spacecraft building already at such an advanced technological stage, it will no doubt be fascinating to see where this discovery takes modern science. All eyes are on the stars (and Moon) once again.

Final Call: What space discoveries are you most excited about? How do you think space travel will change our lives in the near future? Share your thoughts in the comments!