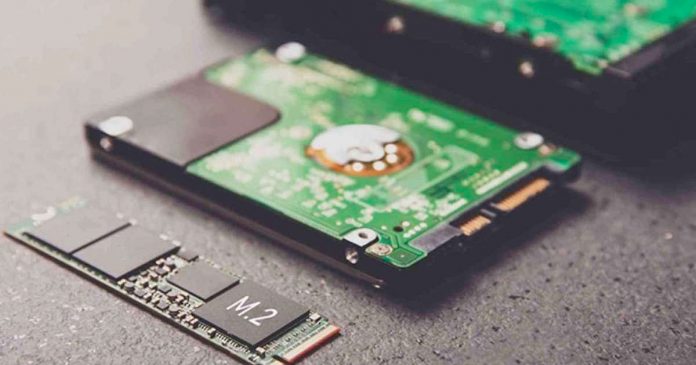 An international group of scientists noted an increased emission of harmful substances into the atmosphere during the production of SSDs.

As we know, SSDs are more preferable than conventional hard drives because of their higher speed and lower power consumption. However, the production of SSD provokes the release of an increased amount of dangerous carbon dioxide into the atmosphere.

The production of semiconductor chips requires a lot of energy, which still mainly comes from non-renewable sources. As a result, manufacturing the components of an SSD emits much more CO2 than an HDD.

The following graphic comes from an environmental report by Fujitsu and breaks down the respective share of the components in the emissions (mainly CO2) caused by a workstation system. There, the SSD is still far ahead of the mainboard, the graphics card or the CPU with 38 percent; the HDD is given 9 percent.

According to the calculation, over a period of 10 years, the SSD still accounts for 87 percent of the emissions from production and the much smaller remainder from the operation. With the HDD, it is the other way around because 80 percent is used for operation and only 20 percent for production.

The researchers concluded that over the course of 5-10 years, a hard drive would consume more energy than an SSD but less than it took to build an SSD. The scientists noted that the reduction in the production of drives would lead to a shortage, so they said that it is the production process that requires modernization.

The researchers suggest that when choosing the storage medium, not only the running energy costs but also the resources required for production should be considered. A good approach to more sustainability is also to use the SSDs for as long as possible and to extend their service life, for example, through better error correction measures or the return to SLC operation with 1 bit per cell. However, this means a lower storage capacity compared to MLC or today’s TLC SSDs with 3 bits per cell.