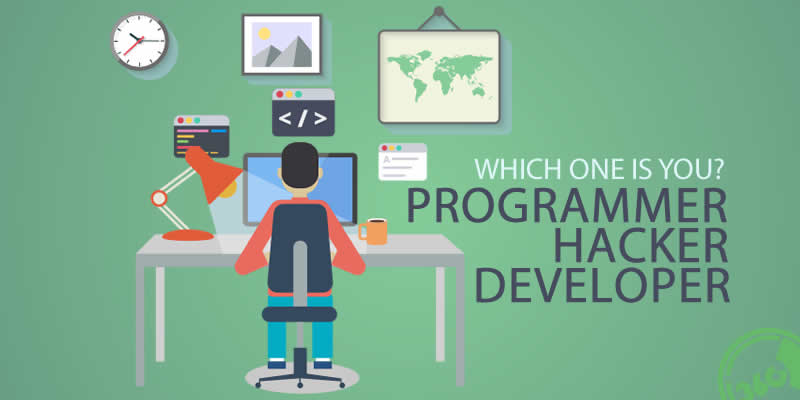 How a programmer differ from a hacker or a developer ?

Most of us often use this three terms — probably without knowing their actual job. So  it’s important to understand that these are not all the same thing.

In this article we are going to break it down to you — difference between a  programmer, a hacker and a developer, What their actual job ? How they related to each other ?

Also Read : These 10 funny GIFs shows what it’s like to be a programmer

Programmer vs Hacker vs Developer

Although, a programmer,a hacker and a developer somewhat related to each other. All of these guys how a programming language can be utilized , but in different ways. Lets start :

A programmer is a person with well defined skills who entirely focused on writing code.Programmers are mostly mastered in one or more programming languages and have reasonably good knowledge of related areas as well.

A hacker is someone who makes things. They mostly alters the thing created by programmers and make them work in a different way. Yes,they also writes code. And hackers have a deep knowledge about functionality of computers and other hardwares. And also they are damn researchers.

Also Read : Do you know why real hackers prefer Linux distro over other OS

Developers are creators, everyone can’t become a developer because they are trained to write codes. They are expert at finding ways around problems and plugging components together to fulfill a set of requirements. They create things or solve problems by following a set of design and implementation principles.

So these are the basic difference between a programmer, a hacker and a developer. 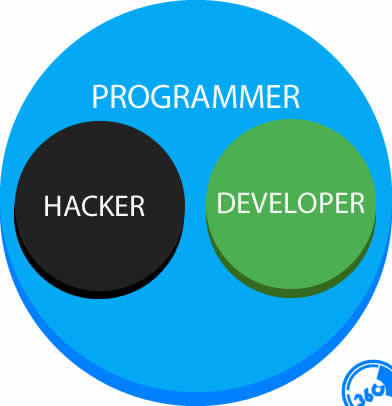 And actually they are all related to each other. Mostly people who writes codes can be any combination of these.

If you came under any of these categories,then you are awesome. You should be proud for being a programmer or a hacker or a developer because solving problems using code is a superpower by itself.