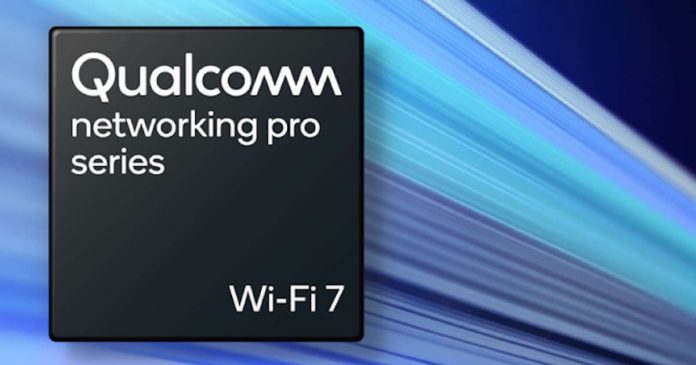 In addition to Broadcom and MediaTek, Qualcomm will also be one of the first companies to offer Wi-Fi 7 systems, aka 802.11be.

Qualcomm has announced its third generation of Networking Pro series of chips for network equipment within the business environment – which takes advantage of the Wi-Fi 7 standard, offering up to 33 Gbps of speed. Where the Wi-Fi Alliance had already indicated that Wi-Fi 7 technology would be able to offer a maximum throughput of “at least 30 gigabits per second”.

Qualcomm has announced two tri-band and two quad-band offerings chips on Networking Pro Series platforms. This platform will serve all types of network equipment, from routers to repeaters, with mesh Wi-Fi solutions and connectivity networks for large public venues and homes.

In addition, this platform also promises, thanks to the benefits promised by Wi-Fi 7, the possibility of supporting more than 500 users per channel.

The Wi-Fi 7 channels of Qualcomm’s 320 Hz Networking Pro offer a double performance boost over Wi-Fi 6, as well as substantially improving latency in certain areas such as gaming, streaming or XR applications, offering even in high network speeds, high-resolution video conferencing and high-performance VR or AR gaming. The entire series allows Wi-Fi connectivity, in addition, to the spectrum of 2.4, 5 and 6 GHz.