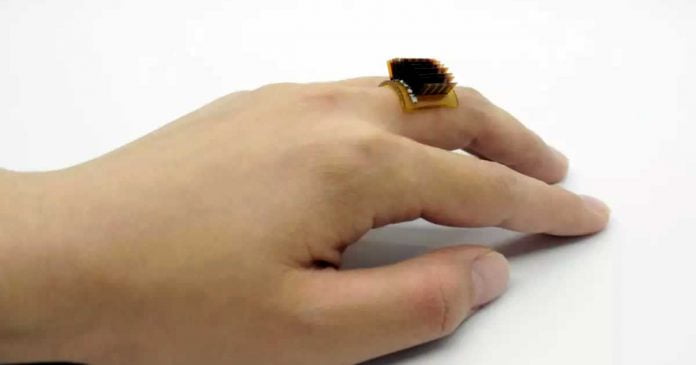 A group of researchers at the University of Colorado have developed a ring that is capable of obtaining energy directly from the body and turn the user into an electric battery.

The ring is based on thermoelectric technology. Thermoelectricity consists of taking advantage of changes in temperature to generate electricity. In the specific case of this ring, the difference in temperature between the user’s body and the air that surrounds us is used. The device’s small thermoelectric generators are embedded in a polyamine base, connected with liquid metal cables.

This surface is capable of generating one volt for each square centimeter of skin that it covers. It doesn’t sound like much, but the researchers think it will be enough to power devices like activity bracelets or watches.

The interesting thing is that, with this technology, a wearable would not need a battery to work, at least the simplest ones initially.

The greatest potential it has is that these generators can be easily linked together, increasing the electricity generated directly; They estimate that a device on the wrist could generate about five volts.

The base on which the generators are is basically an electronic skin, based on silver nanoparticles that is capable of repairing itself thanks to the ease with which the chemical bonds of its components are formed and the energy obtained by the device itself. Furthermore, the device is completely recyclable.

The next step will be to create cheaper and more reliable devices that can be integrated into future wearables.