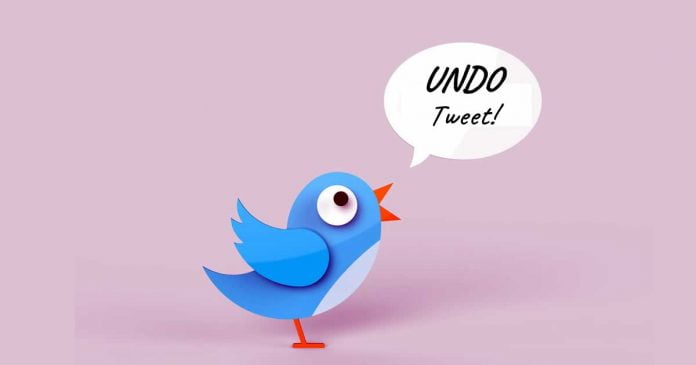 For a long time, users were requesting Twitter for a button to edit tweets — something that has been systematically ignored by the Jack Dorsey platform. Instead, they are working on a somewhat simpler solution — the “Undo Send” button to cancel tweets.

As Jane Manchung Wong, a software expert famous for uncovering future features coming to Twitter, has discovered, the social network will have an undo send button that will appear the moment we send a tweet. The button will appear for a few seconds and then disappear.

Jane Manchun Wong has published a GIF on her Twitter account that shows how the animation will appear on the application interface when we send a tweet, allowing us to undo the sending. According to the published image, we will have 5 seconds to undo the tweet, after which we can only delete it.

This will allow users to cancel the sending of erroneous tweets with misspellings or that have been launched in a moment of excessive ’emotion’. A replacement for the requested less intrusive edit button for Twitter.

This function is very similar to the one that Gmail announced some time ago, and that in that service, it is a very practical feature. On Twitter? We do not see so much sense.

The reason is obvious. In Gmail, we send a mail to a person, so if we don’t want them to see it, we only have the option to undo it; once sent, there is no going back. On Twitter, however, we can always delete a tweet if we have made a mistake in a word or simply if we want to delete it.