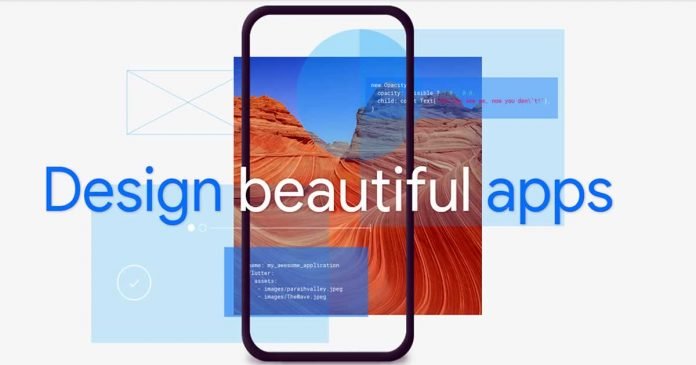 The Flutter application framework, which is based on the Dart programming language, has only been around for about two years. It was initially only intended for cross-platform programming under Android and iOS; the project team quickly considered other platforms.

Since the end of last year , Flutter can also be used to program apps for macOS and PWA ( Progressive Web Apps ) for the web.

Now Google is announcing the availability of a first alpha version of Flutter SDK, specifically designated as experimental, which will integrate the development of apps for Windows.

It seems astonishing that Windows support comes so late. Even Linux, which is not used very well by desktop users, had taken up the project more quickly as the target platform. In July, Google announced a collaboration with Ubuntu maker Canonical, which should ultimately enable the development of Linux desktop apps.

Google had specially assigned developers for the difficult desktop integration, who subjected the Flutter engine to an intensive overhaul. Darts have also been adjusted accordingly.

Although, support for all desktop operating systems is currently under the alpha label. Developers are called upon to experiment; Flutter is not yet suitable for stable production versions in its current state outside of Android and iOS.

Nevertheless, the published Alpha for Windows is full-fledged at first glance. So it is possible to create executable exe files with their associated libraries. All Windows versions since Windows 7 are supported. A corresponding software development kit (SDK) is already available for download.