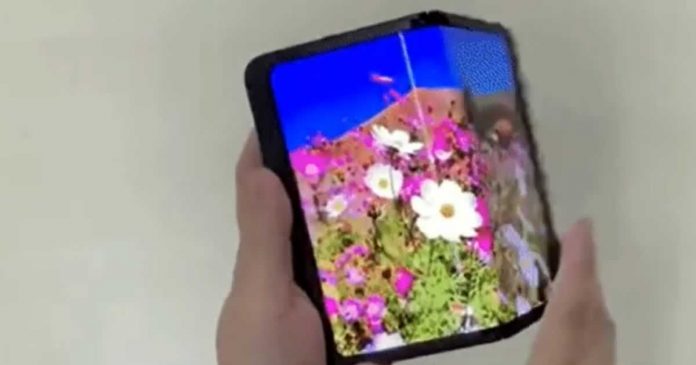 Chinese display maker BOE has showcased the world’s first flexible screen that capable of folds up to 360 degrees. The panel manufacturer has collaborated with firms such as Huawei or Xiaomi on many occasions, in addition to working with LG on its smartphone with rollable display.

BOE is a very important brand in the folding segment, manufacturing flexible panels and also the hinge mechanism that allows these devices to fold. With the new prototype of a flexible panel, BOE wanted to revolutionize the foldable smartphone market.

This flexible OLED screen that BOE has developed could be folded 360 degrees, that is, both outwards and inwards. According to GizmoChina, BOE has adopted a “multi-neutral layer model design” for its new flexible display and multi-mode foldable phone approach. This would effectively reduce the stress of flexible outward and inward foldings, as well as reduces the possibility of causing creases from each fold.

The company claims the display is able to last approximately 200,000 folds throughout its use.

In its new prototype, it can be seen that BOE presents a panel that uses hinges that allow the panel to be folded both outwards and inwards. With this, the user will be able to use the device in the desired way, depending on the situation.

For now, it is only a prototype that the manufacturer has shown; nothing is known about its possible use in the market. Although it must be taken into account that BOE is a well-known manufacturer, who regularly works with some of the best-selling Android brands in the world, so some of them may end up using this technology.