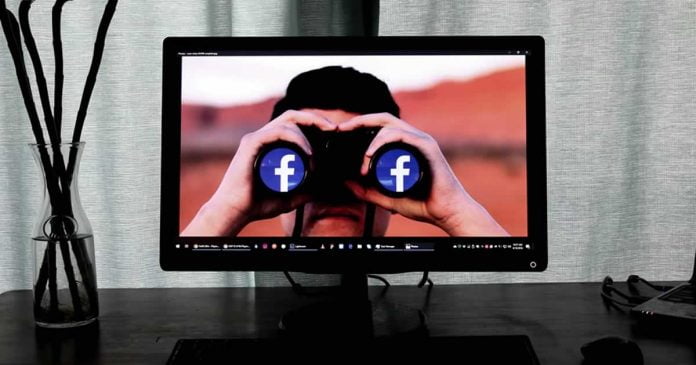 Meta, the company commonly referred to as Facebook, recently disclosed that it took measures against several hacking groups based in Pakistan and Syria, which targeted Afghan users amid government collapse. The cyber incident took place between April and August this year. It seems that fake profiles were created by the Pakistani threat actor SideCopy on the online platform to encourage potential targets to download malicious chat apps that would compromise their devices. Equally, the malicious cyber groups operated by sharing links that would direct users to websites that hosted malware, where they would have to give their credentials.

The social networking site also eliminated three hacker groups with connections to the Syrian government. While the first group targeted journalists, human rights activists, and others opposing the regime, the second one was interested in people linked to the Free Syrian Army and former military personnel. The reason why Facebook didn’t say anything about what happened at the time is that it needed to investigate matters further. But it shared information with the U.S. State Department. This isn’t the first time that Facebook dealt with a hacking group on its platform. In December 2020, took action against APT32, linked to the Vietnamese government.

Social Networks Are Used as A Vector for Targeted Attacks

There are numerous cybercriminals on the web, yet only a few elites have earned the right to call themselves the most dangerous hackers. Some criminal actors are in it for monetary gain, while others simply want to assume power. An increasing number of hackers are state-sponsored groups with incredible capabilities. Probably one of the best examples is Tailored Access Operations (TAO), a cyber-warfare intelligence-gathering unit that breaks into the systems of foreign adversaries. Malicious cyber groups can pull off some crazy maneuvers, which you only see in movies, but rarely in real life. Many argue that the threat doesn’t necessarily come from a state-sponsored army of hackers, but from rogue groups that have no agenda at all.

Apparently, hackers love social media. Therefore, having a social media presence can turn out to be a security nightmare. The security risks of social media can have far-reaching impacts, such as the compromise of sensitive data. The main problem with Facebook and other similar mediums of communication is that there’s very little control. Most importantly, social media provides more information about people than any other. That information is a gold mine for someone trying to socially engineer a hack. The popularity of social media is becoming big business for criminal actors. Oversharing can lead to privacy and security breaches.

After the Taliban forces invaded Afghanistan’s capital, people from one side to the other of the country began to check their social media accounts to make sure that they’re protected against retaliation. Besides Facebook, Twitter and LinkedIn have all locked down Afghan accounts during the Taliban takeover. People on Facebook weren’t able to view or search their friends’ lists, so nobody could see their timeline posts or share their profile pictures. Twitter, on the other hand, struggled to remove archived tweets and suspended accounts on a case-by-case basis. Twitter stated that it continues to monitor accounts linked to federal government organizations and will hold onto the data to validate users’ identities.

The professional networking platform LinkedIn followed the movement by temporarily hiding connections of users based in Afghanistan. Thus, people from outside their connected circle would find it impossible to find them online. In spite of the Taliban’s reassurances, it seems that there were detentions and disappearances, not to mention executions. It’s worth noting that other major web-based platforms and email services, such as Alphabet Inc., Google, and Microsoft, have initiated action against humanitarian disaster. Terrorists use Internet technologies to their advantage. As they’re increasingly used to facilitate horrific activities, tech companies should bear responsibility for the misuse of their platforms.

How Hackers Are Using Social Media In Cybercrimes

There’s no denying the fact that online platforms like Facebook, Twitter, or LinkedIn have revolutionized the way we interact and conduct business. Without them, there would be a lot of mystery and we would have to form opinions based on previous experiences. Nevertheless, malicious activities can be accomplished through these mediums of communication.

Social engineering attacks are becoming more common and more sophisticated. It’s recommended that any individual or business exercise caution. Hackers are clever and use manipulative tactics to convince their victims to disclose private or sensitive information. The worst part is that the attacks are likely to continue.

Social media platforms like Facebook bring about opportunities for cybercriminals to exploit. In what follows, we’re going to present some common methods used for social engineering attacks.

Criminal actors post fake stories on social media to discredit reliable sources and stir up negative sentiment. In the past, hackers have engaged in sustained campaigns to compromise news sites. The spread of misinformation can have dire consequences, such as distrust in the media, undermining the democratic process, and making it harder for individuals to see the truth.

The attacker shares something interesting, which increases the likelihood of clicking the link. It can be an incentive, such as a free gift card. The unsuspecting victim is tricked into handing over personal data, which can be used for ransomware or sold off to other hackers. Incidents of this kind can wreak havoc for individuals and organizations alike.

With mobile apps becoming more popular to purchase, so it’s necessary to be aware of fake apps exploited by criminal actors. They’re designed to steal passwords, credit card information, and more. The issue is that fake apps use original trademarks, so they appear legit. Regardless of how cybercriminals exploit fake apps, the result is the same – damage to data privacy.

Likejacking is a version of the attack clickjacking, in which the user is tricked into clicking on a webpage element that’s disguised or simply invisible. Social media users are advised to be skeptical about any messages posted, even if they come from friends. Attention needs to be paid to the fact that likejacking isn’t the end goal of the attack. It’s only the beginning.

Sabarinath - October 31, 2021 0
There is a vast number of Android VPN apps available on Google Play to choose from, but how to find the best one. A...