Now every tech gadgets are becoming smaller and smaller. The market is already jammed with miniature portable computers, and now there is another interesting addition to the mix. InFocus, an American electronics company has announced the launch of Kangaroo, a 99$ Windows 10 portable PC that “goes anywhere and works with any screen.”

“Consumers own many different devices including tablets, laptops and desktop PCs. Each device is used in different locations for different purposes. Kangaroo is the first product to allow you to use the same PC for all applications, in any environment,”  —  said InFocus’ marketing boss Lawrence Yen. “Unlike stick PCs and other pocket PCs, Kangaroo works with all of your existing devices and can be docked at home or tossed in your bag to use anywhere, powering and providing Windows 10 access on the go.”

InFocus claims the Kangaroo as the world’s smallest portable desktop PC. The device weighs just 200g and measures 124mm tall, 80.5mm wide and 12.9mm thick, making the Kangaroo roughly the size of some of the larger phablets currently on the market. There are even one or two phablets that are far bigger than the InFocus Kangaroo. It comes with a removable base unit, which sports an HDMI port, one USB 2.0 port, one USB 3.0 port, and a DC power port. The device weighs just 200 grams (without adapter and power cord), and even features a Windows Hello fingerprint sensor

As for other specifications, it is powered by a quad-core Intel ‘Cherrytrail’ Atom x5-Z8500 processor clocked at 1.44GHz, with a Burst frequency of 2.24GHz. This class of Intel processor requires no fan, enabling a design that is as compact as possible.The Kangaroo also includes 2GB of LPDDR3 RAM and 32GB of eMMC storage, and it can be expanded by as much as 128GB at a time thanks to microSDXC support.

There’s a battery inside too, which the company claims, can keep the device ticking for four hours under “casual use”, and the portable PC also bears a Micro-USB port for charging. On the software front, the Kangaroo runs Windows 10. The mini-PC features Wi-Fi 802.11ac and Bluetooth 4.0 wireless connectivity.

The InFocus Kangaroo is priced at $99 (roughly Rs. 6,500) and is available for purchase starting today in the United States from online retailer Newegg.com. The company says that it will begin to sell the pocket computer at Microsoft Store starting mid-November. 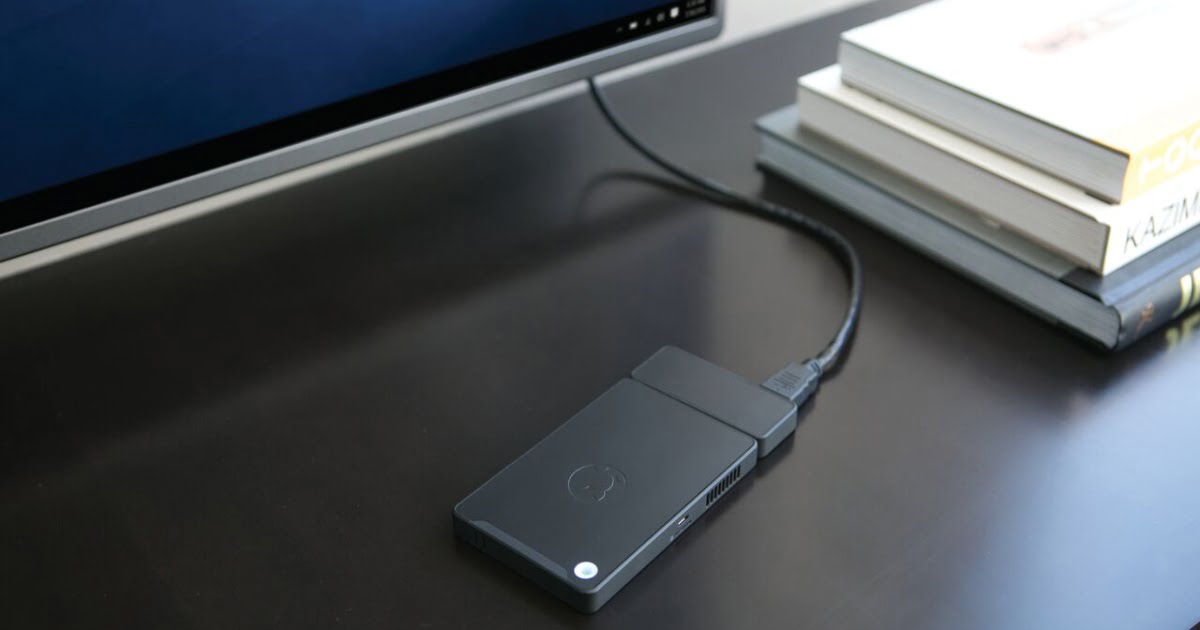 There is currently no widely used name for this class of device because it’s among the first of its kind — a truly portable computer that can connect to nearly any screen around you and instantly transform it into a desktop PC. Perhaps we can think of it as the ultrabook of desktop computing. But don’t expect it to handle your high-end chores such as graphics intensive games. You should be able to do web browsing, play casual games, and watch full-HD video files without a lag, however.