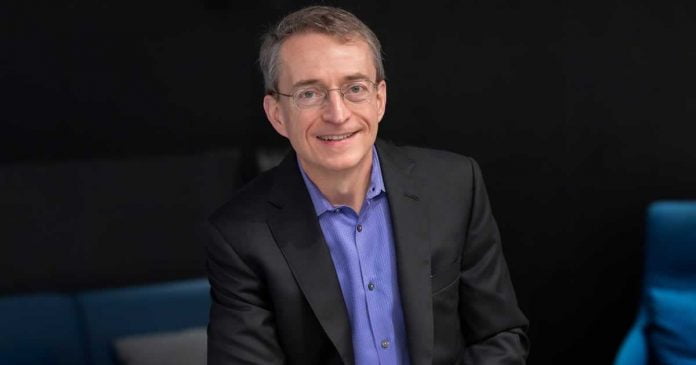 Intel’s new CEO Pat Gelsinger made the first eagerly anticipated announcement on how Intel will position itself in the future.

At the forefront is the expansion of semiconductor production, Intel will invest a total of $20 billion, build two new factories in the USA and upgrade the fab in Ireland to 7 nm.

In Chandler, Arizona, Intel is building two additional fabs. Their construction is to begin this year, where Intel wants to produce with extreme ultraviolet exposure ( EUV ) for 7 nm and smaller. Production in Europe is also to be modernized — the site in Leixlip , Ireland, is to be prepared by 2021 with a total of $7 billion for 7 nm.

The next announcement was about what the company is calling IDM 2.0. IDM stands for Integrated Device Manufacturer, which is a company that both designs and manufactures its own semiconductor products. In the future, the IDM 2.0 should enable an even closer interlinking of design and production. With the Intel Foundry Services (IFS), Intel intends to hire itself as a contract manufacturer.

In addition to Samsung, Intel is one of the few companies that has taken so-called IDM to the extreme. For decades, Intel has been optimizing the design of its chips for its own production and vice versa — with the extremely delayed 10 nm. However, this model is failed for the time being. In the future, IDM 2.0 should do better than IDM 1.0.

With the expansion of its own capacities, Intel Foundry Services (IFS) should also revive. Years ago, Intel wanted to earn additional money as a contract manufacturer, but apart from individual designs by Achronix (22FFL) and Spreadtrum (14 nm), that failed. With 7 nm EUV and packaging techniques such as Foveros, Intel plans to change that. In addition to x86, ARM and RISC-V are integrated into the portfolio.

Intel is not concentrating purely on its own production — TSMC, as the world’s largest contract manufacturer, is also supposed to manufacture part of the chipsets for future processors.

In addition to Ponte Vecchio for supercomputers, Intel named Meteor Lake for the first time, the next client processor after Rocket Lake (14 ++++ nm) and Alder Lake (10 nm Enhanced Super Fin). “Our CPU roadmap is good, period!” said Gelsinger in summary.