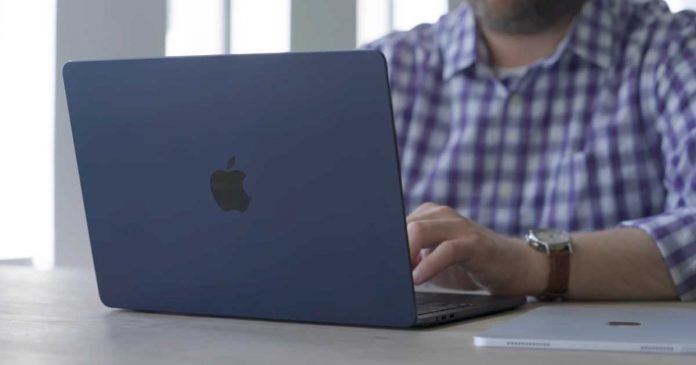 The reason for this is the difference in the number of SSDs with NAND flash memory — the M1 MacBook Pro processes with two 128GB chips, while the M2 MacBook processes with one 256GB chip.

An Apple spokeswoman mentioned the issue — “Thanks to the performance increases of M2, the new MacBook Air and the 13-inch MacBook Pro are incredibly fast, even compared to Mac laptops with the powerful M1 chip. These new systems use a new higher density NAND that delivers 256GB storage using a single chip. While benchmarks of the 256GB SSD may show a difference compared to the previous generation, the performance of these M2 based systems for real world activities are even faster.”

The M2-equipped MacBook Pro has a cooling fan to suppress heat generation, but the M2-equipped MacBook Air has a fan-less design that processes heat by reducing internal power consumption, so this result is obtained. Although the fanless design of the M2-powered MacBook Air is great for normal work and provides a quiet computer, it’s a stumbling block to the system for more intense work.

In addition, the MacBook Air equipped with M2 claims faster performance than the device equipped with M1 in almost all viewpoints except the problem of SSD mentioned above. Although the benchmark test results are worse than the M2 MacBook Pro — there are no problems such as excessive heat generation in normal work, and it is said that it has sufficient ability for surfing the internet, making video calls, watching videos, etc.

If you only occasionally do advanced processing, such as editing photos and videos, there is no reason not to choose the M2-equipped MacBook Air, which is thinner and lighter and has an improved screen and webcam. If you need intensive work such as professional video editing or a lot of coding work, the M2 MacBook Pro may be more suitable.