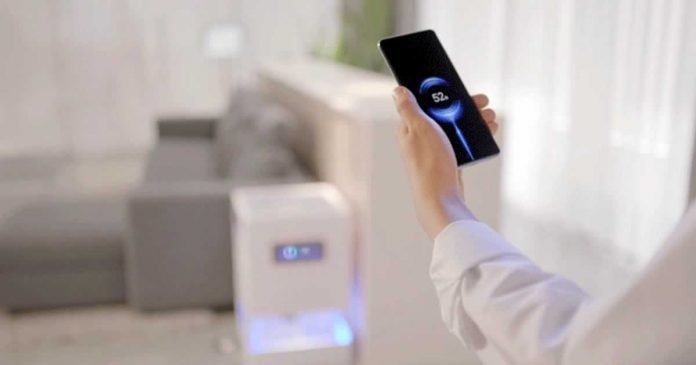 This new wireless charging technology that compared to current technology seems to be very futuristic, almost science fiction. Of course, it should be noted that it is not yet a commercial reality, it is an advanced prototype.

According to Xiaomi, Mi Air Charge Technology not only charges devices over the air but to charge several at the same time, without loss of charging efficiency and with a range of “several meters“.

Mi Air Charge Technology is based on spatial positioning to transmit energy to the device. To achieve this, it is necessary to have a charging base capable of emitting a series of signals through 14 integrated antennas. The receiving equipment also incorporates a beacon that facilitates location detection. It also interprets the received wireless signal by converting it into electrical energy.

Xiaomi indicates that this system is capable of transmitting the power of 5W to several mobile devices simultaneously and several meters away. The charge, therefore, will not be as fast as with a cable, but it will be enough to charge your device over the air.

In addition, Xiaomi indicates that obstacles such as walls do not interfere with the emission and reception of wireless charging. Therefore, it would be possible to incorporate the Xiaomi Mi Air Charge in the living room and have it act in different rooms without having to move it from its position.

It works with any wireless charging compatible device such as watches or bands, and the company is already working to make it work with speakers, lamps, and other home automation devices. Xiaomi’s idea is to form a “truly wireless” living room.

When and whether exactly Xiaomi will actually bring its charging system onto the market is currently unknown.