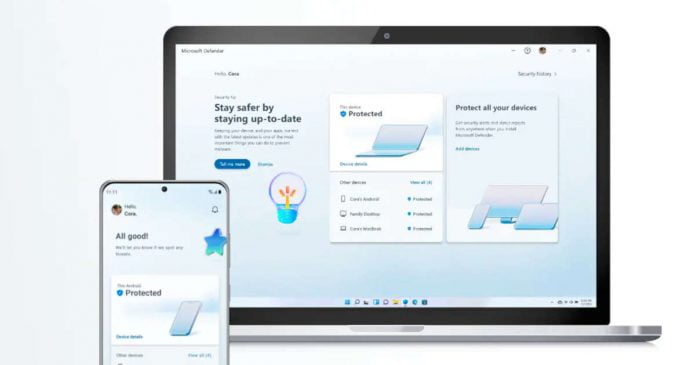 Now onwards, Microsoft Defender will not be limited to Windows. Microsoft has announced the release of a new Defender app to protect devices based on macOS, iOS, iPadOS and Android.

The new program is sold as Microsoft Defender for Individuals. The functionality is similar — it is a malware protection for devices. It is activated for all Microsoft 365 subscribers who have booked the single or family package.

Also, Windows Defender integrates a dashboard on which settings can be made and data can be viewed. The dashboard also recognizes installed anti-malware programs such as Norton and McAfee and integrates them into the dashboard.

Microsoft plans to add more features in the future. Among other things, Identity Theft Protection and Secure Online Connection are to come for Defender for Individuals.