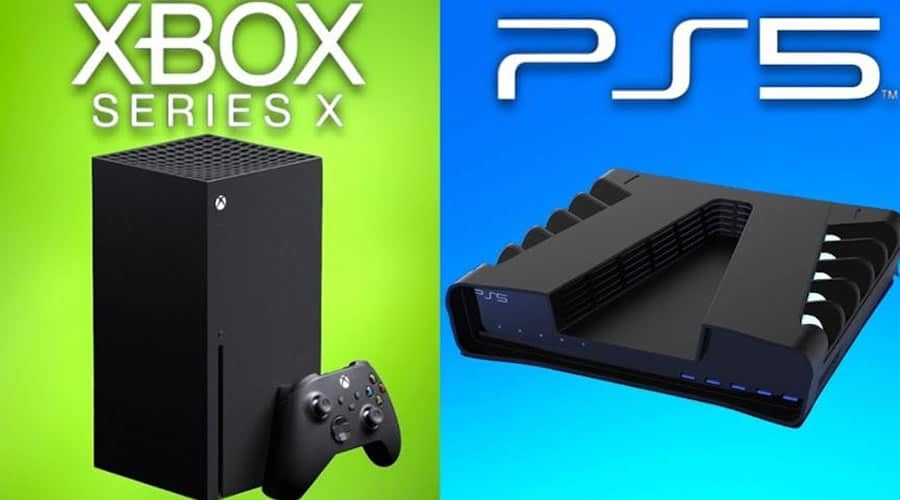 The year 2019 marked the announcement of the long-awaited new consoles from Sony and Microsoft (PS5 and Xbox Series X), and consecrated Sekiro: Shadows Die Twice as the Game of the Year by the Game Awards, taking the almighty prize, Death Stranding.

Both Microsoft and Sony have already announced the names of their next-generation console and what we can draw out right away is that, while Sony decided to bet on a more ‘normal’ name, Microsoft opted for a marketing strategy and reminded us of the super powerful Xbox One X, in order to get the message out that it is really going to be the most powerful console of the generation, just like the Xbox One X was also more powerful when compared to the PS4 Pro.

In addition to the names, we must also evaluate all their features and compare them as to call out the right decision at the time of purchase. Therefore, we should start by saying that on the one hand, Sony will bet on haptic feedback and on its new DualShock 5, where you can feel the environment as well as the actions of the character you are controlling.

Incidentally, CEO Jim Ryan himself said he had the opportunity to try Gran Turismo Sport, saying that he was extremely surprised by the result compared to the old DualShock 4. Interestingly, other journalists have also expressed positive feelings about the addition of Sony.

Backward compatibility will be implemented, meaning the player can play older PlayStation version games on the new PS5 and will certainly be compatible with current PSVR hardware and new PSVR 2 hardware may be on the way. Expected to release between October and December 2020, leaks suggest that the console will cost around $499 in the USA.

On the other hand, Microsoft’s Phil Spencer has only revealed a few minor changes to the new Xbox Series X controller, namely the hybrid d-pad and new ‘Share’ button. Therefore, haptic feedback will most likely be a PS5 exclusive. The Microsoft Xbox Series X will, in addition, feature a patented Variable Rate Shading (VRS) technology.

Despite everything, VRS will allow development teams to optimize and make the best use of VRS on Xbox Series X GPU which ultimately solves the problem of rendering millions of pixels across all frames, on all games.

In a nutshell, as you may know, UltraHD resolution requires over 8 million pixels in each frame, which of course is not an easy task for the processing responsible hardware. Therefore, the idea of Microsoft’s VRS is to lower this requirement depending on what is going on, on the screen.

That is, lowering image quality in environments where it is not the most important aspect of gameplay. This will make it much easier on allowing fluid gameplay at high resolutions in next-generation games, especially now where there are promises of 4K 60FPS and 8K games.

Unsurprisingly, both Sony and Microsoft have once again chosen to pair with AMD technology company on this front. As detailed in the initial PS5 specifications, the CPU will be a custom third-generation Ryzen chip, an eight-core giant powered by AMD’s proprietary 7nm Zen microarchitecture. The PS5 GPU is a highly customized variant of AMD’s Radeon Navi that can simulate 3D audio and support lightning tracking.

Both Xbox Series X and PS5 will hit the market in the last quarter of the year 2020. So far, Sony’s strategy is to put as much suspense as possible and not disclose more information about its console. For the company, the release date is as important as the Superbowl in football terms.

The competition is very bitter and only midway through the year, we will understand who will get the most attention from gamers.