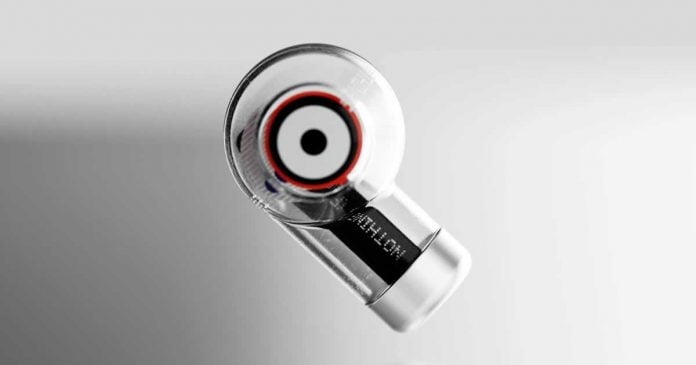 Until now, Nothing, the company of the co-founder of OnePlus Carl Pei, has been surrounded in a fairly dense aura of mystery, without having launched even a single product. Unless we only know recently they have acquired Essential, the failed smartphone company founded by Andy Rubin, the father of Android.

Now, Nothing has presented what appears to be the first design (conceptual, yes) of one of their products.

Nothing has released Concept 1 on its website, a kind of wireless headphones that we can see in a few photos. As its name suggests, this is not the image of a final product, but the concept of what headphones designed by this company are like.

The idea behind this product is to publicize Nothing’s design philosophy. The company has made it clear from the very beginning that its intention is to offer technology that is barely perceptible to humans, hence the name of the firm.

As Carl himself explains in this article, this device represents Nothing’s design vision “in the short and medium-term.” This is “the first expression of our design principles, beginning with transparency that embodies our commitment to bring technology closer to people.” Yes, the headset is transparent, literally.

Nothing bases its message on three simple precepts; weightless, effortless and timeless.

The first seeks to reduce technology to the essentials, with the technology placed in the hands of the “raw” consumer. Everything “superficial” is eliminated, such as the “unnecessary” mark on the surface, focusing on the only thing that gives value to the product itself.

The second wants to “simplify things” for the user. In fact, they take it to the extreme of wanting even device-user interactions (from wake-up to shutdown) to be “obvious, natural, and intuitive.” In other words, the user does not have to use any kind of effort to interact with the device in question.

The third makes a clear allusion to obsolescence and time’s attachment to technology. “We’ve all had that moment where we interact with an object and feel that sense of wonder or surprise,” says Pei. “This is a really important part of being human. […] The Concept 1 is inspired by a grandmother’s tobacco pipe, trying […] to base our objects on something familiar, which we hope will allow them to feel new during many years“.

Finally, Pei urges his readers to wait until summer, at which point Nothing will present its first commercial devices that will clearly be audio-oriented. The question is whether and how these highly subjective approaches will actually translate into final products.