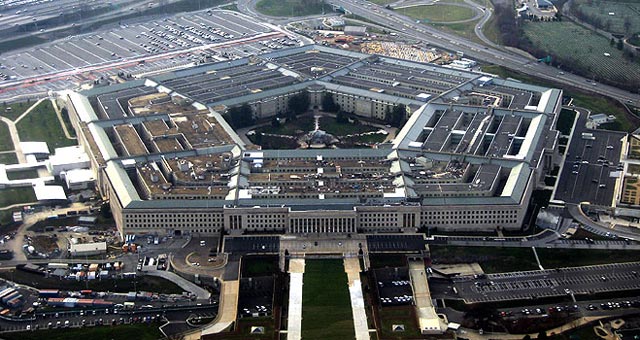 Cyber security is a serious matter and the U.S. Defense Department so Pentagon is going to create a massive database of all the vulnerabilities for the government to stay one-step ahead of the hackers. An electronic system “Scorecard” to help assess the department on what holes to plug in the government’s cyber security system. The said scorecard would rate and rank the government’s several networks and systems.

The Scorecard will first establish a database of all the [p2p type=”category” value=”vulnerability” attributes=”target=’_blank'”]vulnerabilities[/p2p] ever found with their corresponding CVE number, and then will assess all of the computers in the network to stop [p2p type=”category” value=”hacking-news” attributes=”target=’_blank'”]hackers from exploiting[/p2p] them.Scorecard would stay updated with the latest happenings of the cyber security world.

According to Pentagon, each of the United States’ major weapons system was vulnerable to skilled hackers. A number of cyber attacks that are originating from Russia and China were reported recently. And it is a serious problem, since cyber attacks can be launched in order to take control of their missiles and other weapons.

The first phase or step of developing the scorecard system would be done manually by hand. However, later it may detect and add new vulnerabilities automatically to help the engineers respond to a newly discovered exploit quickly.Apart from this, the Pentagon is also looking forward to having a response team that would address a security breach. At about 6,200 officials will be trained to be a part of this project.These cyber response teams are expected to be operational by the end of next year.

The Scorecard system would initially focus on the largest threats and it would help the officials to determine which vulnerabilities to fix first based on how great the threat is. If a threat is found that is harmless, the Pentagon would leave it to the bottom of their tasks.

Since the Scorecard will only have the vulnerabilities that have been found, however, the real gold for the hackers is the zero-day vulnerabilities. Zero Day is a technical term for the loopholes that are yet to discovered, and apparently many of them are on sale in the underground market. Russian black market is primarily the source where hackers get their hands on exploits selling for more than $50,000.

So the prime focus of the upcoming ‘Scorecard’ and the response team would be to combat some of the greatest threats that could harm the entire network.