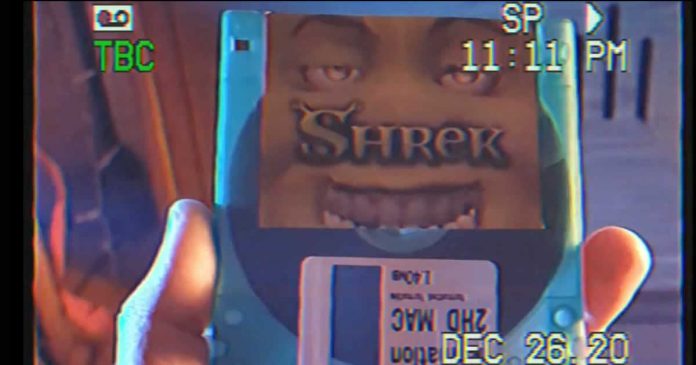 A Reddit user, GreedyPaint has created a video codec that compresses movies to a very poor resolution and 4 frames per second. He managed to store the movie Shrek on a 1.44 MB floppy disk.

To put it into perspective, a regular DVD where standard quality movies used to come is 4.7GB, and the newer Ultra HD movie media has a 66GB capacity. In numbers, a DVD has more than 3,200 times the capacity of a 1.44MB floppy disk. In fact, any photograph taken with a current smartphone at normal resolution weighs more.

GreedyPaint has achieved this by creating and customizing a x256 video codec that compresses a file of this type to a resolution of 120 x 96 pixels and 4 frames per second. Very low resolution and frames per second rate by today’s standards and were also very low when the film was released.

The full movie, which GreedyPaint himself has shared on the platform, has a total weight of 1.37 MB. Including audio with quality according to that of the video.

Like having movies on a floppy disk, in the middle of 2021 is useless from a practical point of view. Greedypaint has built a reader for these floppies using a Raspberry Pi with a floppy drive.

The invention, dubbed the LimaTek Diskmaker by the creator, even has a splash screen with the logo designed by GreedyPaint. Then the Raspberry Pi connects to an old television that somehow hides the imperfections of the spoiled and compressed film.