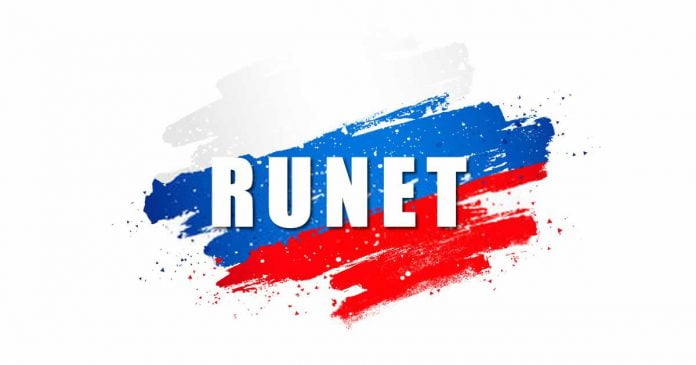 Russia has managed to disconnect from the global internet network during a series of tests carried out in June and July of this year to check the effectiveness of its ‘Runet’ network in the event of external threats.

The tests involved all Russian telecommunications companies and took place between June 15 and July 15. Furthermore, the result was quite successful. A series of documents from a working group dedicated to online security in Russia have revealed this event to the RBC daily.

“The purpose of the tests is to determine the ability of the ‘Runet’ to work in case of external distortions, blocks and other threats,” said the source.

Critical details for understanding the impact of this brief disconnection are unknown, for example, whether there were performance issues with internet traffic or specific web pages and services were affected.

The Russian executive was aware of these tests, hence his secrecy. According to Karen Kazaryan, director of the analysis company Internet Research institute, these tests were the sample that Russia had resumed the intention to advance with RuNet after a year of break due to the pandemic limitations.

In June 2019, Russia announced that the first tests of RuNet had been completed. This promises to be a free nationwide network — users are only able to connect to Russian sites and services, together with nodes located in Russia.

Inspiration4: SpaceX Marks A New Milestone In The Private Space Race By Sending The...

Mounting iPhone On Motorcycles Can Degrade Performance Of The Camera System

10 Best Free Android VPN Apps For Your Smartphone In 2021