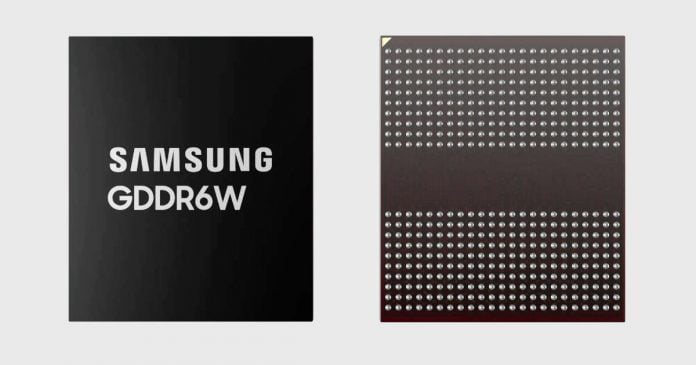 GDDR memory, double data rate memory for graphics, generally doubles in speed and throughput with each generation but remained at the GDDR6 and GDDR6X levels until the next-generation GDDR7 appeared.

Meanwhile, AMD, along with several other industry giants, brought HBM (High Bandwidth Memory) to the world in 2015 with the Radeon R9 Fury line-up more bandwidth and throughput than the overall power drawn from the total memory footprint.

But now Samsung is trying to fill the gap by claiming that its next-generation GDDR6W memory technology will be smaller than its predecessor, GDDR6, but still deliver nearly the same speed as HBM. Fan-out wafer-level packaging (FOWLP) moves the package from the PCB onto the silicon wafer, similar to HBM.

FOWLP is a technology that mounts memory chips directly on silicon wafers instead of PCBs.At that time, by applying RDL (redistribution layer) technology, finer wiring patterns become possible. The package is reduced, and heat dissipation is improved.

Not only has the capacity doubled, but the bandwidth has also doubled due to the larger memory interface size. According to Samsung, using a 512-bit bus and 22Gbps GDDR6W memory achieves a total throughput of 1.4TB/s, which is very close to the 1.6TB/s bandwidth with 3.2Gbps HBM2E memory.

GDDR6 has already seen significant improvements since its launch. Last July, Samsung developed the industry’s fastest graphics DRAM, 24Gbps GDDR6 memory. GDDR6W doubled its bandwidth (performance) and capacity while remaining the same size as GDDR6. Thanks to the unchanged footprint, the new memory chips can easily be put into the same production process that customers used for GDDR6 by using the FOWLP structure and stacking technology, reducing manufacturing time and cost.

The graphics DRAM capacity has risen from 16Gb to 32Gb, and the bandwidth and I/O count have doubled from 32 to 64. In other words, compared to traditional technologies, the area required for memory has decreased by 50%.

In cooperation with GPU partners, Samsung announced that it would expand the application of GDDR6W to small form factor devices such as notebook PCs and new high-performance accelerators used for AI and HPC applications. 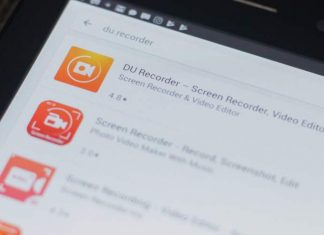