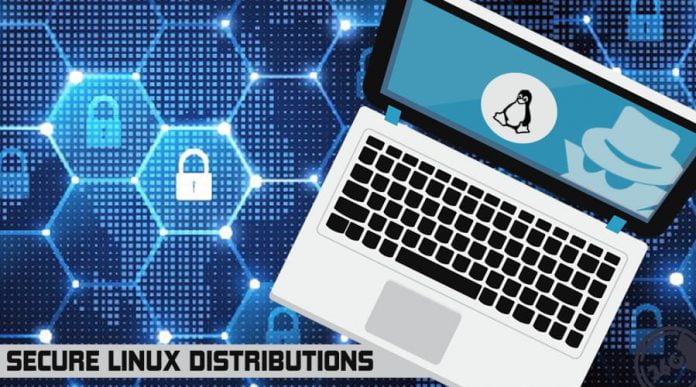 Security-centric Linux distributions are now going to be more essential than before because online privacy protection is one of the important problems our generation facing today.

Since many popular operating systems which we trust with our data and information claims to protect our privacy itself spying on us. So if you are concerned about your privacy or you think your operating system is leaking your personal online details without your permission — then it’s time to ditch that OS.

Why you should need a secure and privacy-focused Linux distro?

Actually open-source operating systems, I mean Linux distributions are now becoming more and more popular among users because of many reasons. One of the features of Linux distros is its security and privacy protection.

Almost every Linux operating systems are built to serve users, not to spy on users personal life. So you if you are a general tech geek you can start protecting your online privacy by simply installing any simple Linux distro.

But you are really serious about online privacy, then you should use one of this privacy protection security-centric Linux distributions.

Since these operating systems are not suitable as desktop replacements, so most users will probably also need to use a ‘regular’ operating system for day-to-day use, in which case be sure to perform sensitive tasks only within the secure Linux environment.

The Amnesic Incognito Live System (Tails) is a security-focused Debian-based Linux distribution. The main motto of this Linux OS is to provide complete Internet anonymity for the users.

Tails is a live security-centric Linux operating system that you can start on almost any computer from a DVD, USB stick, or SD card and leave no trace on the computer you are using unless you ask it explicitly. The important feature of Tails is, all its outgoing connections are forced to go through Tor and non-anonymous connections are blocked. The Tor Project has provided financial support for its development.

The product ships with several Internet applications, including the web browser, IRC client, mail client and instant messenger, all pre-configured with security in mind and with all traffic anonymised.

Whonix is another privacy and security-focused Linux distribution based on  Debian GNU/Linux that run on the Tor anonymity network. The operating system consists of two virtual machines — One solely runs Tor and acts as a gateway, which is called Whonix-Gateway. The other, which is called Whonix-Workstation, is on a completely isolated network.

Whonix benefits anyone who does sensitive work on their desktop or online. Only connections through Tor are possible. With Whonix, you can use applications and run servers anonymously over the Internet. DNS leaks are impossible, and even malware with root privileges cannot find out the user’s real IP.

Unlike Tails, Whonix is not “amnesic”; both the Gateway and the Workstation retain their past state across reboots. Not being amnesic improves security on the Gateway, by allowing Tor’s “entry guard” system to choose long-lived entry points for the Tor network, reducing adversaries’ ability to trap users by running malicious relays.

Linux Kodachi is based on Debian GNU/Linux operating system and built around the modern GNOME desktop environment. It will provide you with a secure, anti-forensic, and anonymous operating system considering all features that a person who is concerned about privacy would need to have in order to be secure.

Kodachi is also a live privacy protection operating system with an established VPN connection + Tor Connection + DNScrypt service running. The entire OS is functional from your temporary memory RAM so once you shut it down no trace is left behind all your activities are wiped out.

Septor Linux is the reliable distribution that is based on Debian GNU/Linux that provides users with a perfect computing environment for surfing the internet anonymously. Distribution featuring a customised KDE Plasma deskop and Tor technologies.

The developers behind the Septor project describe their operating system as a “hardened” Debian derivative suitable for everyday use and primarily want to address users who want a secure communication and internet environment. In addition to the Tor infrastructure, Septor Linux also uses the free proxy server Privoxy as an HTTP filter, which examines the outgoing HTTP traffic for retrieval of undesired content and information.

Subgraph OS comes with all the privacy and security options auto-configured, eliminating the user’s manual configuration. The secure Linux distro provides several security, anonymous web browsing and hardening features. Subgraph OS uses a hardened Linux kernel, application firewall to block specific executables from accessing the network and forces all Internet traffic through the Tor network. The distribution’s file manager features tools to remove meta-data from files and integrates with the OnionShare file sharing application. The Icedove e-mail client is set up to automatically work with Enigmail for encrypting e-mails.

heads is the perfect privacy-focused Linux distribution for those wishes to control their anonymity on the Internet using the Tor network. heads is based on Devuan and one of the important features is that it only uses only free software — meaning you can gain access to any source code that is included in heads, at any time. In heads, all your Internet traffic is sent over Tor by default and also, there is an option to turn it off if you prefer.

Qubes OS is the Fedora-based security-focused Linux operating system. Unlike other secure Linux distro, Qube OS implements a Security by Isolation approach, so that when some malicious software compromises one of the components of the system, it would get access to only the data inside that environment. Qubes uses the security of the Xen hypervisor, the same software relied on by many major hosting providers to isolate websites and services from each other.

To improve your privacy and anonymity on the internet, Qube uses Whonix and Tor to filter all network traffic. Qube OS is the recommended security-oriented Linux distro by many experts — Edward Snowden using it.

Alpine Linux is based on musl and BusyBox and it is the only independent general-purpose privacy-focused Linux distribution in the list. It was designed with security in mind; it has proactive security features like PaX and SSP that prevent security holes in the software to be exploited.

Also, it is one of the lightweight Linux distros which only requires no more than 8 MB and a minimal installation to disk requires around 130 MB of storage.

Discreete Linux is a Debian based operating system with the special purpose of protecting data and system against surveillance attacks with trojan software. It is one of the user-friendly security-centric Linux distros designed for ease of use by people without deeper computer knowledge but high-security requirements.

The main feature of Discreete Linux is that it provides an isolated, local work environment that is not accessible to spyware, so that the sensitive data can be processed, encrypted, and stored securely and is protected against such surveillance and espionage attacks.

Soon we will add more security-centric Linux distros with online privacy protection feature. For now choose a best Linux distro from above list and use it along with your existing OS.