Many card games are devised to keep kids busy and develop their skills. In fact, playing cards is one of the most common and earliest forms of entertainment for children that can also help build necessary skills for kids.

If you want to advance your kid’s dexterity and eye-hand coordination, play the Solitaire card game Clock. The simple act of holding cards in their young hands is essential in developing these two motor abilities. Complicated card games can also help build agility. Such games are designed for kids 3 years old and above.

Playing card games stimulates a wide range of cognitive skills, including memorizing, matching, number and pattern identification, and developing math proficiency. As the degree of difficulty increases, kids use their intelligence more to provide answers and strategies.

The effectiveness of card games can also be gauged by their ability to improve the player’s skills in probability and statistics. But to hold the child’s attention, the game must be consistently entertaining. If you’re playing with your child, you must have a positive attitude to ensure that they will have fun as they learn.

Small children engage with their family in a familiar setting (i.e., at home) and are encouraged to compete pleasantly.

As parents, use card games as a way to teach them how to handle the loss. Patience and fair play can be introduced to young players, and card games are an excellent tool for doing so. All card games need communication; thus, children need to talk, learn the rules, take turns, and challenge one another. Helping a buddy in need and being an honest team player are additional examples of the emotional advantages of card games.

How can we deal with a child’s emotional pain after a loss? Keep things exciting and show the youngster that playing should always be fun.

How to Play Clock Solitaire?

Solitaire is perhaps the most popular card game, but if you want to spice things up, try Clock Solitaire. This new take on an old favorite is played with cards on a clock position, hence the name.

While it’s hard to win in Clock Solitaire, the game is still fun. It is so difficult to win because it is a card game based solely on chance. Clock Solitaire is known by various names like Four of a Kind, Hidden Cards, Travelers, and Sun Dial.

Clock Solitaire is for a single player only. What you need is a standard card with 52 decks. The game’s goal is to complete all other four kinds before the fourth king is exposed.

The game begins by shuffling the deck and dealing the cards face down, forming 13 piles of four cards each. The piles must be arranged similarly to the position of the clock’s number. Thus, the setup will be 12 piles on the outside (1-12), and one (13) at the center.

Turn the top card of the 13th pile (the one in the center) face up. Put the card (face up) behind the pile containing the card’s number. For instance, a 3 must be in the 3 stacks. An ace will be behind the first pile. Face cards are arranged in the following order: jack in 11, queen in 12, and king in 13.

Take the top card, turn it, and place it under the appropriate pile while in a face-up position. Continue doing this in a clockwise direction until the game is over.

You win if all 13 piles become face-up four-of-a-kind piles. You will lose if the fourth king is turned face up before all the other sets are finished. Clock Solitaire is a game of chance, so the probability of winning is only 1%.

The reason is that each of the 52 potential card sequences you can meet in the extended game (including cheating if you get stuck) is equally likely. You will only win if and only if the last card in this sequence is a king.

The notion is that every time you turn up a card, it is just as likely to be one of the cards you haven’t seen before. Even if you’re getting it from a different position in the clock is immaterial. Instead of setting out the cards ahead of time, you may just walk through the deck, taking the top card and placing it where it goes, then placing the next card where it belongs, and so on.

In this light, clock solitaire isn’t particularly intriguing. Its primary practical application is to make sorting a deck into ranks more enjoyable. There is also no winning strategy since this is a game of chance.

If the Clock Solitaire, as described above, is not that exciting for your kids, try one of these versions. One version aims to stack each card in four-of-a-kind piles while alternating the card color. This means you can only put a red ace on top of a black ace, and so on.

As you can expect, this gameplay makes the game more difficult. If you like this version, you may include a waste pile for the cards you cannot place yet. Players are only permitted to get a card from the waste pile two times during the game. Most games, however, end before the waste pile is used. 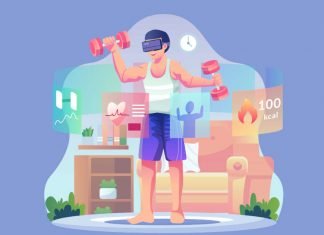