We always wonder how to speed up iPhone in our hand, but majority of us can’t find one working trick to do that job. There are various reasons your iPhone might seem slow at times, especially the older models that are running newer versions of Apple’s iOS platform. Recently Apple was sued by some users over iOS 9 performance on older iPhones.

One problem users are facing in their iPhone is with Apple’s App Store in terms of browsing speeds and downloads, and good news is their is a quick fix that could help you to speed up your iPhone in less than 30 seconds.

Developer Zachary Drayer recently explained this weird trick on his Twitter account, to fix problem facing with App Store app on your iOS device like getting slower or not showing app updates correctly.

@steipete tap on any of the tab bar items 10 times.

Weird Trick to Speed Up iPhone

So now the trick, here’s what you do to speed up your iPhone App Store app :

• First, go into the App Store

• Then, tap one of the buttons at the bottom 10 times – it doesn’t matter which (Featured, Top Charts, Explore, Search, Updates) – remember tap the same button 10 times quickly in succession.

• Now the app screen will go blank for a few seconds before resetting. 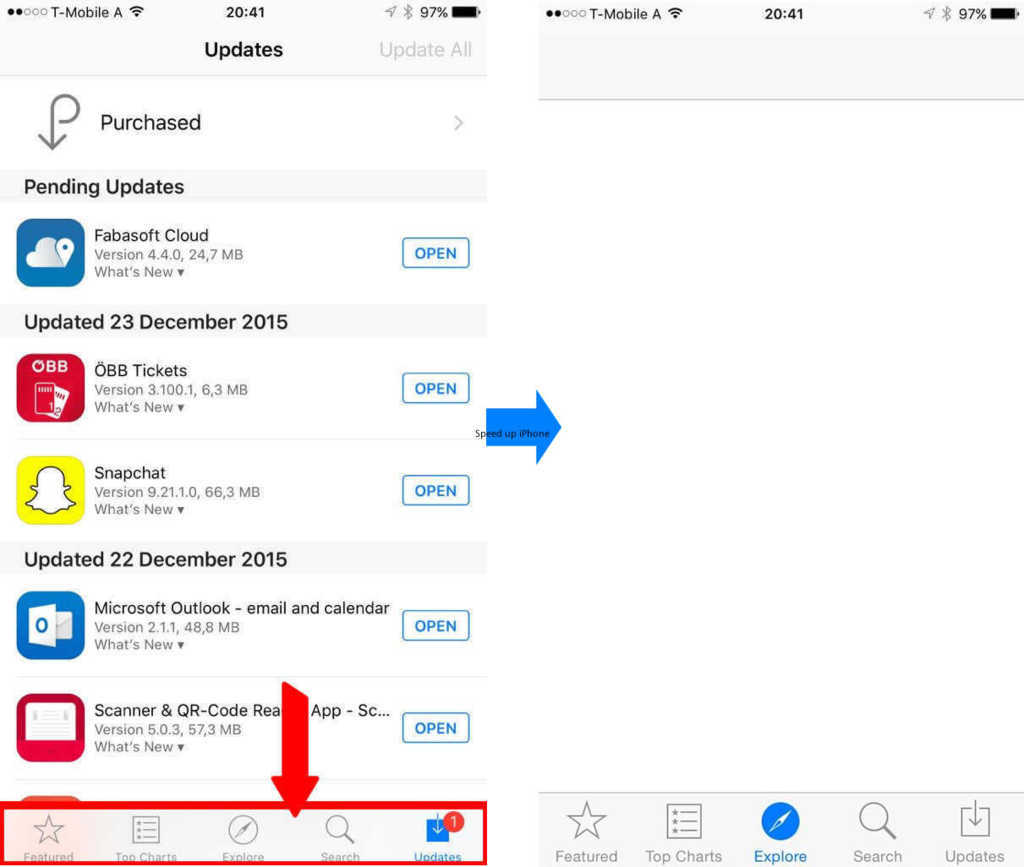 …and that’s it! You’ve now successfully reset your App Store’s cache, emptying out the temporary storage that can cause your phone to act sluggish or cause your apps to fail to update.

This tap 10 times trick worked in stores, like iTunes, iBooks, and the App Store. It also worked in the Apple Watch app, however not in Podcasts, Music, Game Center, iMessage or Phone.

Did you try the above trick to speed up your iPhone, then tell us its worked for you. We love to hear from your comments !