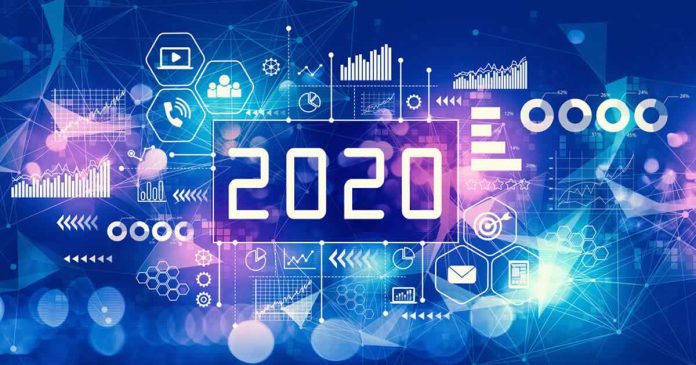 2020 has been relatively good for the tech sector, but it has also had its share of bad news.

2020 is a year that many will want to forget, and the list of reasons is so long that it does not fit in an article like this. Even if we focus on a single sector, such as technology, the amount of misfortune and bad news can overwhelm us.

Larry Tesler was the first major figure whose loss we had to mourn. And it is somewhat more painful because most people do not know its name, despite being one of the most important names in the history of personal computers.

Larry Tesler — the creator of copy and paste — was a visionary who developed interfaces to control and communicate with our computers. He worked on the legendary Xerox PARC project, which had the first graphical environment. There, he had the idea of ​​applying real concepts to a virtual environment, such as the concept of taking something and putting it somewhere else.

Recently we also had to say goodbye to Eric Engstrom, whose legacy is very different. It is thanks to his work, and that of a team of marginalized within Microsoft, that today we can play on our computer.

Engstrom was one of the engineers who worked on DirectX, a platform that made it possible to use computer hardware more simply and indirectly. That allowed developers to focus on creating more realistic and stunning graphics, ushering in a new era where creativity exploded.

But if we talk about great minds that laid the foundations for what we use today, we have to talk about Russell A. Kirsch. Because of him, we can read these words today.

Kirsch was the creator of the pixel, the most basic unit of digital images, as well as the first photo scanner that allowed them to be transferred to a computer. All the images we see on our computer, mobile or tablet are made up of pixels and are based on the same idea that Kirsch had in 1957 to scan a photo of his son.

Although 2020 was very good for digital services, thanks to the rebound in telecommuting and the need to stay at home, that doesn’t mean there are no losers.

Perhaps surprisingly, many services closed this 2020, either due to a lack of users or because they failed to convince investors. Others simply disappeared because their time had come.

Mixer was perhaps one of the most surprising closures. Born as Microsoft’s alternative to streaming services like Twitch. However, last June, Microsoft decided to close the service and transfer it to Facebook Gaming — a move that caught many streamers by surprise on prime-time dates. That is the strange thing about this closure that 2020 has been the year of streamers, Twitch and YouTube. And despite that, Microsoft thought that Mixer had no place.

The Periscope case is similar. Twitter’s live video app seems ideal for times of pandemic, yet the reason for the shutdown is a simple lack of users.

Just when services like TikTok have managed to attract the youngest, Twitter has been unable to take advantage of its position as one of the most used social networks. In fact, it is very likely that most Twitter users do not know Periscope or that they could broadcast live videos.

Everyone knows Adobe Flash. Or at least, everyone who used the internet in the last two decades. Until a few years ago, Flash was the only real option for displaying multimedia web pages with videos, images, and applications. This ‘dark age’ was dominated by pages that took too long to load, countless security holes, and compatibility issues.

No one should mourn the Flash, although we can’t say the same for the consequences. Many applications and games created in Flash will be lost forever, although some have already been saved thanks to the community; They are part of the history of the internet, whether we like it or not.

For example, the death of Flash has brought about the closure of Farmville, the one that was the most popular game on the internet and the one that caused many people to create an account on Facebook.

It teaches us that everything is volatile on the internet and if there is no documentation and archiving job, we can lose it overnight. Let that be one of the lessons we learn from this 2020.