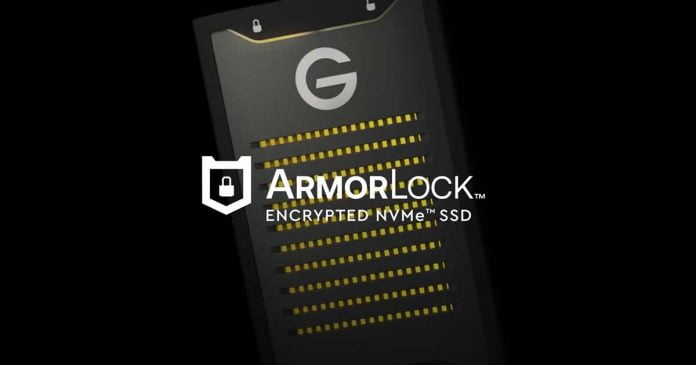 The hard drive manufacturer Western Digital (WD) has presented its Armorlock platform — a new standard in data protection — which is marketed together with the external G-Technology SSDs.

Armorlock is a new approach from the manufacturer for its encrypted data media, which is intended to combine “a user-friendly and high-performance storage solution with high security.”

From Western Digital’s point of view, the most important advantage of the new Armorlock platform is the ease of use of the encrypted external drives.

To keep things simple, with Armorlock, Western Digital allows users to lock and unlock a storage unit using their smartphone’s security features via a dedicated app and Bluetooth wireless connection. In short, this means that an encrypted drive can be unlocked using biometric authentication, fingerprint, a face, or the passcode of the mobile phone itself.

In addition, there is “the ability to configure and manage multiple drives.” This should be able to be used above all in collaborative use in distributed teams, i.e., for physical file exchange on encrypted data carriers.

NVMe SSD encrypted with ArmorLock under the brand name “G-Technology,” which offers sequential read and write speeds of up to 1000 MB/s via a SuperSpeed ​​10 Gbps USB port and the following features:

The external SSD is said to cost around $600, and the app is currently available for iOS and macOS.