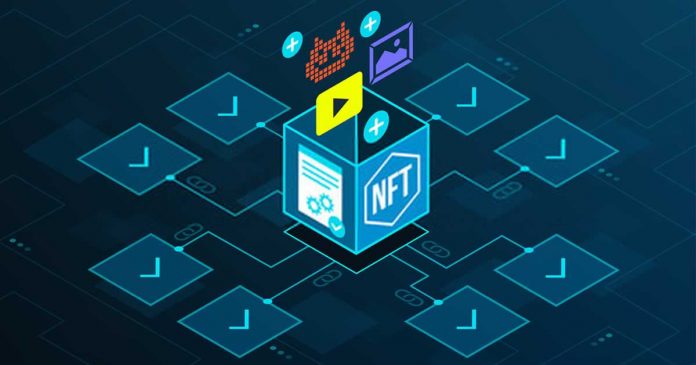 Buying a painting or sculpture at auction with its stamp of authenticity is a guarantee that we are taking home a unique and original piece. But what about a digital file?

The technology supported by blockchain, called NFT (Non-Fungible Token), is here to fix that problem. NFT certifies the digital art or any digital file that what we are acquiring is completely original, although it belongs to the intangible world of digital.

Videos, images, GIFs, all kinds of digital art, and even the first tweet on Twitter have recently been auctioned as NFT. Absolutely anything on the entire internet, just like physical objects, can be certified with NFT to confirm authenticity. In this sense, and taking into account the ‘magic’ of computing that allows almost everything to be duplicated, it takes on a special relevance to be able to show that we have a unique image before us.

As we already mentioned, the creator of Twitter, Jack Dorsey, sold the first tweet on Twitter published in 2006 for $2.9 million as NFT. Also, on March 11, the auction house Christie’s sold the first fully digital work of art — a JPG Collage — titled “Everydays: The First 5000 Days “created by an American artist Mike Winkelmann, known under the pseudonym Beeple for a record $69 million.

What is an NFT?

To understand how NFT works, you have to know what a blockchain is. Blockchain is a technology that appeared in 2009 together with the cryptocurrency bitcoin. The most important characteristic is that it allows the decentralization of services and transactions.

One of the clearest examples for the decentralization of payments is — Traditionally, we have needed banks to manage payments made in electronic format. Either by passing the credit card in an establishment or buying online. Not with cryptocurrencies, the blockchain is a shared database among users where monetary transactions are recorded. Directly and without intermediaries in the mode of banking entities.

The cryptocurrencies like bitcoin are fungible tokens, which means that an asset is exchanged for another one as they are equal. And now is where we come to the second turn of the screw — NFT.

Someone thought of making non-fungible tokens, that is, that one token is really different from another. More similar to trading cards and not so much to coins.

Bitcoin and NFT share many other properties typical of the crypto world — they are based on a blockchain, they contain metadata and other information that ensure their authenticity and ownership by an individual, are stored in a digital wallet, and, in fact, remain exclusively digital.

A digital asset that can be owned and unique. Like if you have an image and we associate it with an NFT, someone can be the owner of that image and have it recorded as such on the blockchain. Then the owner can do whatever he wants with it, from assigning the rights to record an advertisement or any other application that may occur to us.

Photographs are just one example of what can be sold within the universe of digital art. In the case of artists, the digital work is associated with an NFT. When the buyer goes to the checkout, the same creator must pass him the digital artwork together with the unique code that certifies the authenticity.

Any content creator — truly anyone — can register their creation on the blockchain and get their NFT using different platforms.

Most important features of NFT:

In an NFT, metadata allows you to describe the uniqueness of the asset, as happens for a given identity card, to better understand the idea. Put simply, the NFT consists of a permanent, unalterable blockchain record that describes what that single NFT data represents — a bit like the certificate of authenticity you would get for a rare painting or the certificate of ownership of your own car.

Scarcity is a major ingredient in the recipe that makes NFT so attractive. On the one hand, developers have the freedom to generate an infinite supply of certain virtual goods; on the other, the NFT is the tool that allows you to limit the number of unique assets to just one unit.

For the most part, NFTs cannot be broken down into smaller denominations — they can only be bought, sold, and stored as a whole. In fact, you cannot buy a 10% cut out of a plane ticket in your name, as well as half of a collectible soccer card. The NFT allows you to have this feature digitally.

But there are at least three other key points that can help us understand the potential of NFT.

NFT is part of the blockchain architecture, and this makes things very interesting when it comes to ownership. For example, the NFT can allow you to prove the intellectual property of a piece of content — a video, a novel, a project, or other. Wherever your content is published, being originally represented by an NFT allows you to retain ownership, an element that can be verified by those who receive or use the content.

The above leads us to the next point. NFTs can be freely traded on marketplaces equipped with suitable technology — therefore, with a change of ownership that also becomes irrefutable.

The association of the blockchain architecture with the NFTs makes it possible to verify the authenticity, an element of sure interest if we think, for example, of a potential buyer of the asset or a person who intends to use it as a guarantee for a loan.

We are seeing more and more top-tier sports clubs form partnerships to launch tokenized player cards with varying degrees of rarity. Globally, there are firms that are experimenting with NFTs to provide customers with proof of ownership and control of personal DNA data, while others are planning to roll out peer-to-peer markets for token-based mortgages and leases NFT. NFTs are also used to generate journalistic content with the aim of limiting the spread of fake news.

Overall, the NFT token environment continues to grow. Users begin to understand that NFTs can represent almost anything in the virtual world and can even be tied to the real world.