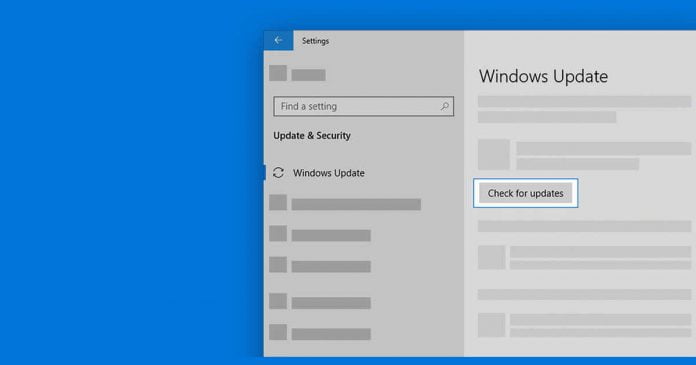 Microsoft has released Windows 10 21H1, the operating system update for the first half of 2021. The changes compared to 20H2 are relatively manageable, Microsoft itself only lists three bullet points in its blog entry.

With the 21H1 update, Windows Hello also supports external cameras as the primary source for biometric authentication, provided that one is connected in parallel to an internal one – for example, a notebook. With Windows Hello, people can sign in with their face to unlock the device.

The Windows Defender Application Guard (WDAG) should be adapted for better performance. Documents or files are opened in a virtualized environment and separated from the rest of the operating system in order to serve as an additional layer of security. A WDAG container, for example, should not occupy more than 1 GB of RAM.

In addition, the Robocopy command has been improved when copying data of 400 Mbytes or more. When customers open an Office document with an SMB shared link or UNC path, the software should no longer take a minute to start. In addition, there is optimized performance for the Windows Management Instrumentation (WMI) Group Policy Service (GPSVC) for remote work, e.g. for the maintenance of devices in the home office.

Windows 10 21H1 alias v19043 is available via ISO file, alternatively via Media Creation Tool or via the Update Assistant. Alternatively, the download can be initiated via Windows Update, provided Windows 10 v2004 is installed. As usual, Windows 10 21H1 will also be distributed in waves.

Regarding Windows 10X — finally, it has become official — Microsoft has decided to shelve Windows 10X. This probably also means that devices like the Surface Neo have been discontinued. Instead, ideas from Windows 10X should flow into regular Windows 10 and other Microsoft products, as has already been done with the app containers.