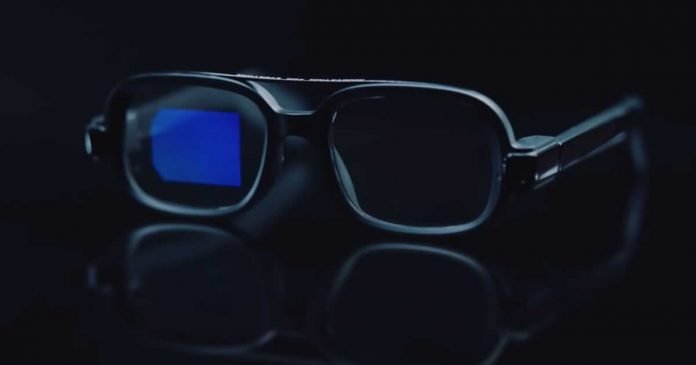 Xiaomi has officially presented its mixed reality smart glasses, a product that we cannot yet buy but that demonstrates the potential of the company.

Xiaomi Smart Glasses come for “a future in which we leave the mobile behind”, that is, they do not aspire to be a second screen of our phone but to go one step further and be “an intelligent and independent wearable”.

Unlike the Facebook Ray-Ban Stories smart glass, Xiaomi has gone one step further since its smart glasses also have the projection of information on the glass. The idea with this is that the user can interact with messages, notifications or directions from the maps application in the same way as Google Glass.

The Xiaomi Smart Glasses are an engineering challenge. They integrate 497 components, including sensors that have been miniaturized, communication modules, cameras, a quad-core ARM processor, 5-megapixel camera, microphone, WiFi, BlueTooth, battery, touch panels and speakers. All in a form factor that looks like traditional glasses.

The most important novelty of the glasses is the MicroLED display of only 0.13 inches. Compared to OLED technology, the MicroLED has a higher pixel density, longer lifespan and higher brightness thanks to its individually illuminated pixels. Xiaomi guarantees that even in direct sunlight, it will be possible to see content thanks to the monochrome display that reaches 2 million nits of brightness.

Thus, instead of displaying images directly in front of our eye, Xiaomi Smart Glasses use optical wavelength, refraction and reflection technology to bring the image from this chip “invisible to the eye” of the user with a single lens.

The glasses can also make phone calls, which would replace the use of headphones to have hands free, thanks to its integrated microphone and speaker. However, the most striking mode is navigation. It is specially designed for cyclists who move around the city since they can show map information and the route to be followed directly on the glass.

In addition to navigation, the glasses should also enable phone calls and produce translations. For this purpose, a picture of the text to be translated should be taken with the integrated 5 Mpx camera. The translation is then displayed to users directly in the glasses.

Xiaomi has stressed that it is a prototype; it is not a product that will be marketed soon.