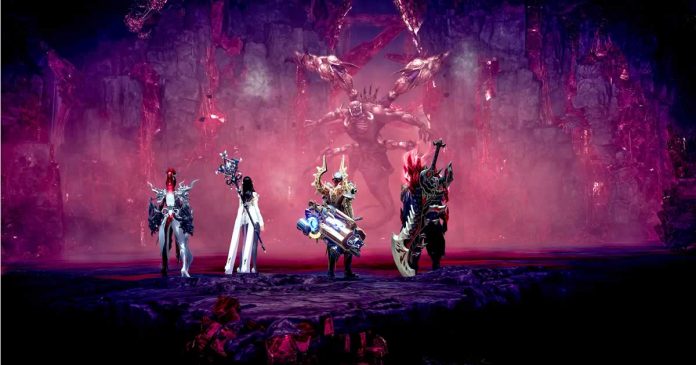 Since Lost Ark was released last Friday, the game published by Amazon as the publisher has enjoyed great popularity.

According to SteamDB, a whopping 1,325,305 people were online at the same time. As per the database, Lost Ark attracted more players than Counter-Strike Global Offensive and Dota 2.

Lost Ark was developed by Smilegate RPG, a South Korean studio and is published by Amazon Games. The F2P title takes place in a fictional world called Arkesias, which has to be rid of evil in typical fashion.

Like many action RPGs, Lost Ark uses an isometric perspective, but it is clearly an MMO in terms of gameplay. The focus is more on PvE (Player versus Environment), but at level 26, the PvP mode (Player versus Player) is unlocked.

Only PUBG is in first place with a maximum of 3.257 million players by a clear margin. It should be noted that CSGO is still subject to a fee, and PUBG was at least until a few weeks ago. Dota 2 and Lost Ark, on the other hand, are free-to-play titles funded by microtransactions.

When it was first released in South Korea, Lost Ark set a record for the number of players there in December 2019, and now also in North America and Europe. An exception is Belgium and the Netherlands, where the title is not available due to its loot boxes and corresponding gambling laws.

Graphically, Lost Ark, with its D3D11 renderer, is one of the nicer MMOs. The system requirements are not excessively high, as is typical for free-to-play: A Core i3 or Ryzen 3 with 8 GB of RAM and a Geforce GTX 460 or Radeon HD 6850 should already be enough.