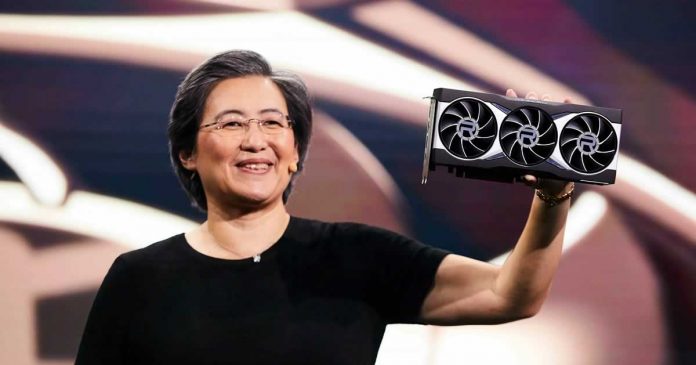 According to the manufacturer, all three graphics cards based on RDNA2 technology compete with Nvidia’s Ampere generation video cards.

All three cards use the Navi 21, which is produced by TSMC with an improved 7-nanometer manufacturing process and has a whopping 26.8 billion transistors. Unlike the Navi 10 of the Radeon RX 5700 XT, the Navi 21 has 80 compute units instead of 40 CUs, and there are also architecture improvements and the clock rate increases to over 2 GHz.

AMD no longer calls the new GPU generation Navi, but Navi 2X. The name says it all: RDNA2 products are said to be twice as fast as RDNA. AMD mentions a performance that is 1.8 × to 2.2 × better than the Radeon RX 5700 XT, but does not specify which RDNA-2 SKU it is exactly.

The new video cards are the first from AMD to support ray tracing technology, as well as a number of other solutions that will mark the games of the future, such as Variable Rate Shading, Sampler Feedback, and Mesh Shader, all features behind DirectX 12 Ultimate from Microsoft.

AMD has also ensured full support for DirectX’s DirectStorage API, and this will — similar to Nvidia’s RTX IO — squeeze performance from SSDs. Like Nvidia, AMD also offers a suite of technologies like Radeon Anti-Lag and Radeon Boost to reduce latencies and a revamped version of FidelityFX to improve image quality and offer something similar to Nvidia’s DLSS.

In terms of performance, AMD focused purely on rasterization-based games in the presentation and completely omitted ray tracing. It is important in the comparisons that the Radeon cards partly ran in the new Rage mode, a factory overclocking within the warranty. In addition, Smart Access Memory is a technology that draws a synergy effect from the Ryzen 5000 Zen 3 CPUs. Both of these together should increase the frame rate in 4K by 2 percent to 13 percent when a Ryzen 9 5900X is used.

The interface for the 16 GB GDDR6 video memory remains 256 bits wide but is supplemented by a so-called infinity cache. This 128 MB buffer should have extremely high bandwidth (approx. 1.1 TB / s) and hold data locally for the GPU — this is reminiscent of the eDRAM of the Xbox One and Xbox 360. In addition, AMD promises significantly better energy efficiency compared to a traditional 384-bit GDDR6 interface as used by the Geforce RTX 3090.