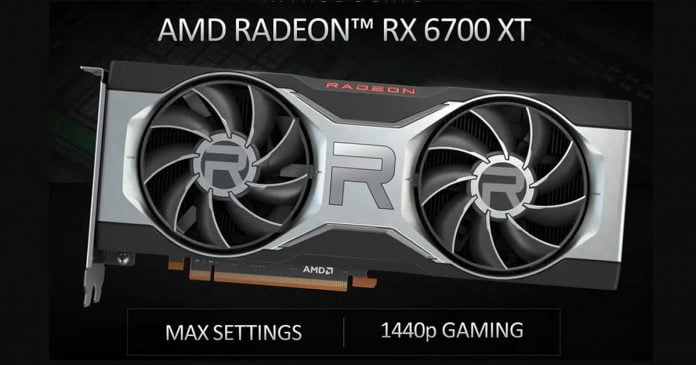 AMD made the official announcement of the Radeon RX 6700 XT — a new RDNA2-based mid-range GPU aimed at the average gamer who is not interested in 4K.

Although it is not the most powerful graphics that we have seen, far from it, it will be more than enough for the current situation.

To explain why this graphics is so important, AMD points out that more and more gamers are using 1440p resolution monitors. But more important is that the refresh rate is increasingly important, and 60 Hz already falls short for many users.

Building on that, the RX 6700 XT has been billed to deliver performance at frame rate beyond 60 per second in current games at just that 1440p resolution setting.

In terms of specs, the new GPU from AMD offers a performance of 13.2 TFLOPS. The frequency can reach 2424 MHz, has 40 computing units, and requires up to 230 W, requiring two connections to the source, one with eight pins and the other with six pins.

AMD has also confirmed that it continues to develop proprietary technologies that address RTX, including Radeon Anti-Lag to improve response times, its implementation of raytracing (rays of light) and FidelityFX (to improve image quality).

AMD has made no specific mention of using its card to mine cryptocurrencies, although it admits that demand for graphics cards is at an all-time high. Recently Nvidia has launched dedicated GPU, CMP HX, for crypto mining.

To maximize the availability of the new graphics, AMD has announced a dual sales plan. The AMD reference model will be sold directly through the AMD.com page, and in addition, there will be models from companies such as Asus, MSI and Sapphire sold through the usual stores.